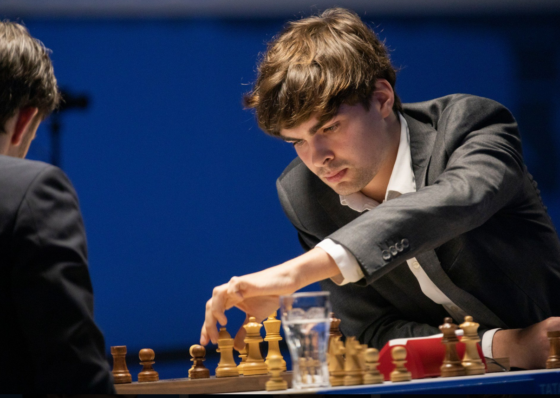 This year’s Tata Steel chess tournament in Wijk aan Zee has been won by 21-year-old Jorden van Foreest – the first time a Dutchman has won the title since Jan Timmans in 1985.

Van Foreest’s was the third-lowest ranked player in the tournament, which ended in a spectacular tiebreak, but has now risen from 66th to 37th in the world rankings.

‘He has really surprised me this year,’ tournament director Jeroen van de Berg said. ‘He is just 21. I think we have witnessed his breakthrough to the best in the world.’

Congratulations to Jorden van Foreest, the first Dutchman to win the traditional Wijk aan Zee supertournament in 36 years. Long past are the days when the local players were considered ripe targets! Great news for a great chess nation. 🇳🇱

Anish Giri, also from the Netherlands, took second prize and Andrey Esipenko of Russia was third.

Coronavirus forced the tournament organisers to work without spectators this year, but the event was watched online by millions all over the world.

Chess had had a major boost in popularity since the popular Netflix series The Queen’s Gambit, about orphan Beth Harmon who learns to play chess at the age of nine and who reaches the pinnacle of chess fame

The number of  junior members in the Dutch chess association KNSB has risen from 6,200 to 17,600 with the number of girls joining the chess organisation quadrupling.