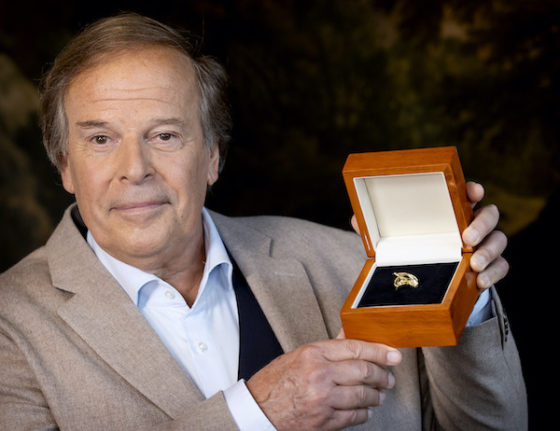 The Dutch television interviewer who asked a 17-year-old Britney Spears about her breasts has told the AD that the short clip featuring the question has been taken out of context.

Ivo Niehe is shown in the New York Times documentary Framing Britney Spears asking the young singer about her views on plastic surgery in an interview filmed 19 years ago.

Britney Spears was 17-years-old when she sat down for this interview with @Ivo_Niehe #FreeBritney pic.twitter.com/wLFMh6aXR3

The clip has been uploaded to Twitter and widely shared, generating comments ranging from ‘disgusting’ to ‘this breaks my heart’.

Niehe, now 74, first declined to comment on the clip, but later agreed to issue a statement to the AD.

The press at the time were full of comments about the change in Britney Spears’ appearance, including six pages in Rolling Stone, he said. ‘We agreed to give her a serious opportunity to react to all the commotion,’ he said. ‘What did she, as a 17-year old American, think about plastic surgery’.

‘Britney was pleased to make extensive use of this. But well, that naturally did not suit the documentary makers, so they only used the one question, which was asked with great irony as we did not want to talk about it anyway,’ he said.

‘The atmosphere after the interview was good and her management was more than happy. It was a very sympathetic interview, and I have watched the whole thing again, to be sure.’

The documentary and hashtag #freeBritney focuses on the fact that the singer, now nearly 40, is still under her father’s legal guardianship following her high profile breakdowns in 2008 and 2009.

Spears, the documentary says, is a victim of a man’s world, which abused her in a variety of ways and the Niehe clip is one illustration of that.

Niehe was given a Televisier lifetime achievement award last September following his long carrier as a presenter, writer and performer.