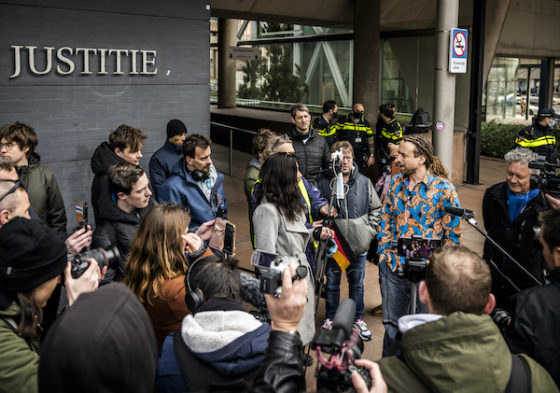 Appeal court judges tasked with deciding if the Dutch government’s curfew is legal or not will not announce their verdict until a week today.

After hearing the arguments of both sides, more time will be needed to reach a decision and ‘we want to think about it calmly,’ the court said on Friday. It had been hoped that a decision would be reached today.

The decision means that the curfew will remain in place at least until then, much to the irritation of campaign group Viruswaarheid which called for the curfew to be ruled illegal in the first place.

Parallel to the legal case, the government is pushing emergency legislation through parliament which will anchor the curfew in law. On Thursday, the lower house of parliament gave its backing to the bill, and the senate will vote later on Friday.

The rush to pass legislation follows Tuesday’s lower court ruling in which judges said that the curfew was illegal because it was based on legislation designed to be evoked at times of national emergency, such as a dyke breach.

Ministers then launched an appeal, which resulted in Tuesday night’s decision that the curfew remain in place until the appeal court has had its say.

Research by I&O published this week shows that four in five of the Dutch think the curfew is justified.