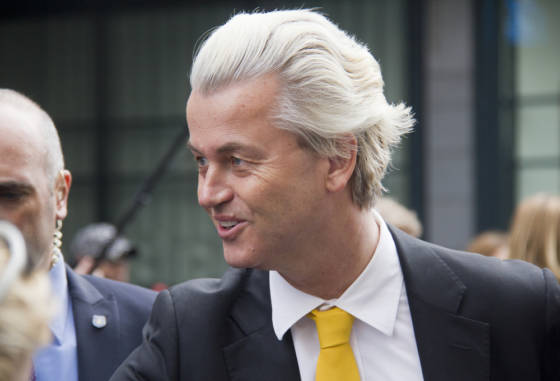 Dutch far right leader Geert Wilders has failed to declare a donation of some €175,000 which was given to his legal team by a US organisation to pay costs in his ‘fewer Moroccans’ trial, according to website Follow The Money.

FTM says Wilders has not registered the donation from the International Freedom Alliance Foundation – a tax-exempt organisation he created, as he should under the MPs’ code of conduct. That requires all donations of over €50 to be reported.

The foundation’s tax return for 2017 shows it spent the bulk of its income on ‘legal fees for an individual in his defense of freedom of speech’. This, says FTM, refers to Wilders.

Wilders said in response that he was happy with the support of ‘hundreds of thousands of euros’ from both the Netherlands and abroad. ‘I have [personally] never had a cent,’ he told the website.

In September, Wilders was found guilty of group insult for leading a crowd in an anti-Moroccan chant at an election rally in 2014, but the PVV leader was found not guilty of inciting hatred or discrimination.

The sole administrator of Wilders’ Freedom Alliance Foundation is Robert Shillman, a self-made businessman who has embarked on a second career as a philanthropist.

Shillman donated to causes such as the right-extremist Project Veritas which in its turn has close ties to the highly controversial Proud Boys, FTM said.

He considers Wilders – whom he praises as ‘the bravest politician on earth’ – as his ‘friend’. Shillman refused to answer Follow the Money’s questions, saying ‘I’m not interested in being interviewed by anyone from your left-leaning “news” organisation.’

Read the FTM story in full