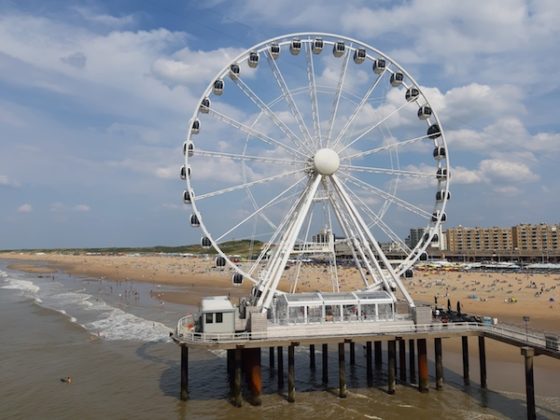 Plans to erect a 38-metre-tall Ferris wheel in the Oosterdok area in Amsterdam have met with protests from locals who fear ‘a fairground atmosphere’, the Parool reports.

Owners Vallentgoed fairground equipment were given permission by the Amstel, Gooi and Vecht water board to erect the structure for the duration of a year from February, pending a further license by the local authorities and the outcome of any procedures to stop the arrival of the wheel.

The Eye Amsterdam, as the wheel has been dubbed, is a smaller version of the 135 metre London Eye from which it takes its name. Twelve cultural organisations in the area, including the nearby Maritime Museum and science museum Nemo, and a number of businesses support the project, the paper said.

Expedition Oosterdok, which represents the twelve cultural organisations, said the aim is to create a cultural attraction in the area and perhaps include a ride in the wheel for visitors to the museums.

However, Walther Schoonenberg of the Friends of Amsterdam city centre association said he would object to the plans.

‘A Ferris wheel is a fairground attraction, whether or not it’s museums who want it there. Do they want to tell the story of the Oosterdok? Well, that is the story of an area that has been silted up as a result of building activities, such as the IJ tunnel and, if it happens, this wheel,’ he told the paper.

Schoonenberg also said he thought the idea would not be accepted by Unesco which has included the canals of Amsterdam in its world heritage list.

The SP has announced it will bring up the matter in the council. ‘I thought we had decided that Amsterdam was no longer to be an amusement park for tourists,’ said SP councillor Erik Flentge said, referring to recent policy changes made by the council.

An earlier application for a licence to have a 90-metre-tall Ferris wheel in the Kop van Java area in East Amsterdam came to nothing following protests.

Several cities in the Netherlands, such as Den Bosch and Rotterdam, have or have had temporary and sometimes controversial Ferris wheels. The only permanent Ferris wheel is on the Scheveningen Pier.