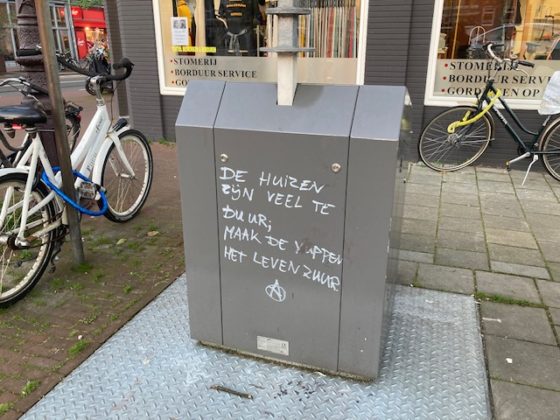 Six Dutch cities which have signed agreements with housing minister Kajsa Ollengren on boosting the supply of affordable homes in their regions say they do not have enough legal options to stop ‘excesses’, the NRC said on Tuesday.

In particular, cities say they lack the power to ban high rent increases outside the rent-controlled housing sector and measures to force people to live in the homes they buy and so scare off private investors.

In some cities, officials have banned flat sharing and introduced requirements that buyers live in newly-built homes, but, city housing chiefs argue, they need national legislation to tackle the wider housing crisis.

‘We are trying to deal with this with local agreements but I would prefer to regulate the mid-market sector [rents of €752 to €1,200] with national law backing,’ Utrecht’s housing chief Kees Diepeveen told the paper.

The government has agreed to introduce a 1% plus inflation ceiling on rent rises in the non-rent controlled sector, but councils argue large rent increases are pushed through when new tenancies are agreed. According to national statistics agency CBS, rents rise by an average of 9.5% when new tenancies start.

Meanwhile, officials in Alkmaar have written to the cabinet saying they have run out of options to house both refugees and locals in rental accommodation, the Telegraaf reported on Tuesday.

In November it emerged that 27,000 refugees need to be found regular housing, double the 2019 total, because of government delays in processing their applications.

This means waiting lists are getting longer and, according to Alkmaar housing chief Paul Verbruggen, in some cases divorcing parents have been referred to shelters for the homeless because of the shortages.

Ollongren told the paper that she is working on a solution for the problem and has made €500m available for temporary accommodation.