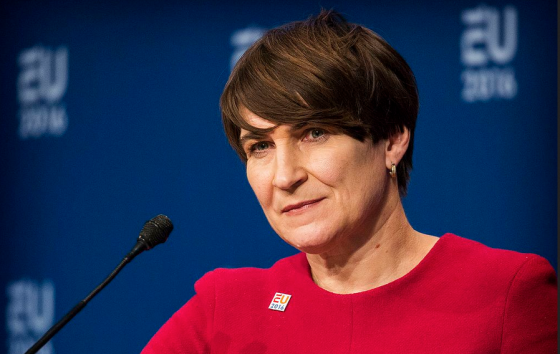 Lilianne Ploumen has been confirmed as the new leader of the Labour party (PvdA) following the resignation of Lodewijk Asscher over his role in the child benefits scandal.

The 58-year-old Ploumen is currently deputy chair of the party and was the minister for development aid in Mark Rutte’s previous cabinet. Her appointment means two of the five parties that have made up Dutch governments since 1982 are now led by women.

Ploumen was one of the front runners to succeed Asscher after he stepped down on Thursday morning. She was third on the PvdA’s original list of candidates and is one of the party’s most prominent and popular MPs.

At the last election in 2017 she was ranked 10th on the party’s list as Labour slumped to nine seats, but still got into parliament after receiving nearly 20,000 personal votes.

In 2017 she set up the She Decides fund in response to President Donald Trump’s decision to withdraw financial support from groups that advocate or assist with abortion around the world. The fund raised €400 million in its first year and earned her the Machiavelli prize for public communication.

Asscher’s decision to quit on Thursday played a key role in Mark Rutte’s decision to tender his cabinet’s resignation the following day over the child benefits scandal. As social affairs minister and deputy prime minister, Asscher was responsible for the Dutch tax office’s ‘zero tolerance’ policy towards benefit fraud that led to thousands of families being wrongly accused and forced to pay back huge sums in childcare allowances.

The policy overwhelmingly targeted families with dual nationality and drove some to financial ruin, costing them their homes, jobs and livelihoods.

A parliamentary inquiry in December found that the parents involved had suffered an ‘unprecedented injustice’ at the hands of the politicians who devised the policy and the civil servants who carried it out.