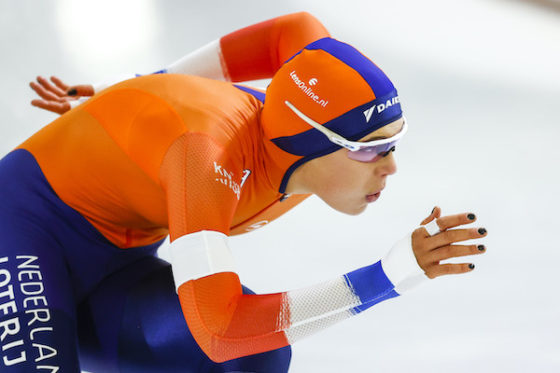 Jutta Leerdam on her way to the title. Photo: Vincent Jannick ANP

Dutch speed skaters took eight of the 12 medals at this weekend’s European speed skating championships at the Thialf stadium in Heerenveen, including all four golds and three of the silvers.

The European sprint and allround events are the first international skating tournaments of the season and all the skaters had to provide a negative coronavirus test before being allowed to take part.

The International Skating Union decided last year to stage all the events in Heerenveen to form a bubble for skaters and officials in the international competitions.

Next on the calendar are the two World Cup events and the World distance championships which take place on the final two weekends in January and second weekend in February.