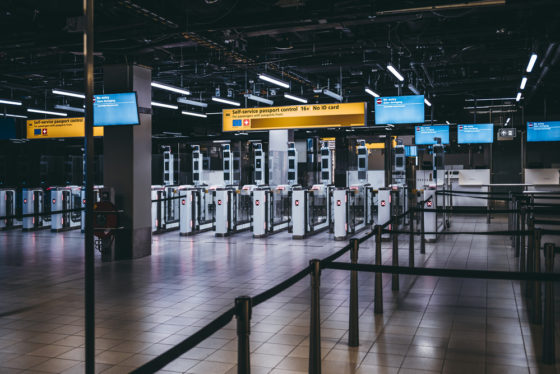 Dutch border police have refused 10 British nationals entry to the Netherlands since January 1, when UK visitors were no longer covered by EU regulations, broadcaster NOS said on Sunday.

Since January 1, the UK is no longer considered an EU country and its nationals are barred from visiting the Netherlands unless their journey is essential, because of coronavirus rules.

‘They all had a negative PCR test, but had forgotten the basic rule, that they need to have an urgent reason to come, such as work or serious family issues,’ border police spokesman Robert van Kapel told NOS.

The Dutch rules bar all non-residents from outside the EU who come from a high-risk country and who do not have an urgent reason to visit.

‘Some of them wanted to visit Amsterdam and one man wanted to fly to Spain via Amsterdam to teach his children to ski,’ Van Kapel said. ‘But that is not the idea.’

Last year border police stopped 1,900 people from entering the Netherlands, most of whom were blocked at Schiphol airport. Of them, some 900 were banned because of the coronavirus regulations.

The British in Europe association issued a statement on Sunday evening saying the New Year, and the end of the Brexit transition period, has brought travel chaos for UK residents in the EU trying to return home.

Britons around the EU have encountered difficulties, with people barred from flights or having their passports stamped, even though they possess valid UK passports, EU residence documentation and PCR tests, the organisation said.

The most widely reported problems relate to Spain but similar issues have also arisen on entry to France, Germany, Italy, the Netherlands and Sweden, British in Europe said.

Please let us know if you are a British national who is resident in the EU who has entered or exited your host country and have had your passport stamped since 1.1.21. We are compiling a list.