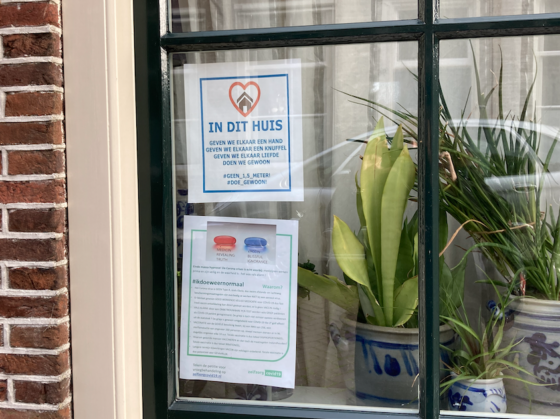 The decline in coronavirus cases slowed to just over 8% in the third week of January, according to the latest weekly update by the RIVM.

Hospital and intensive care admissions also fell by smaller margins than the previous week, while the positive test rate was unchanged at 11.7%. The reproductive number R fell slightly from 0.98 to 0.93, reflecting the modest downward trend.

The slower decline is likely an indication that the more virulent B-117 strain of coronavirus, first detected in the UK, is spreading more widely in the Netherlands. The RIVM said it accounted for 8.6% of positive tests during the week to January 10 and is now responsible for an estimated one-third of all infections.

The emergence of the B-117 strain, which has an R value of 1.27 according to the RIVM, prompted the government to introduce stricter lockdown measures last week including further restrictions on household visits, a temporary ban on travelling to the UK, South Africa and South America, and the 9pm to 4.30am curfew.

The daily figure dipped below 4,000 on Tuesday for only the second time since October 4. Another 3,997 infections were recorded, 6.4% fewer than a week ago, bringing the seven-day average down to just over 5,000. 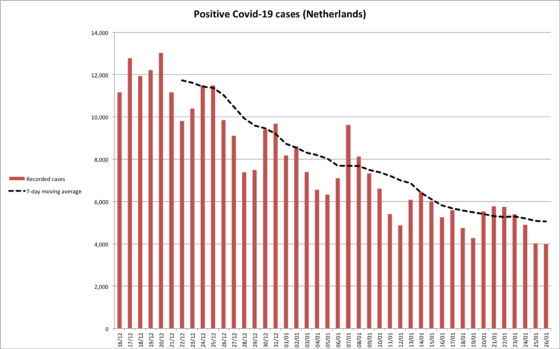 Another 1,264 patients were admitted to hospital, 12.6% fewer than in the second week of January, while intensive care admissions dropped by 5.5% to 241. Another 512 people were reported to have died, compared to 608 the week before.

‘The new mutations are leaving their mark,’ Aura Timen of the Outbreak Management Team told Nu.nl. ‘As time goes by that will lead to more hospital admissions and deaths. Pressure on healthcare will increase rather than decrease.’ 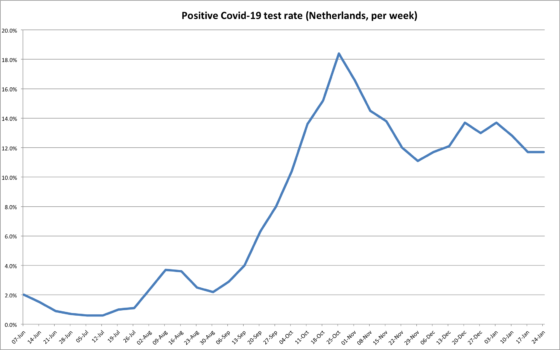 The fall last week was steepest in the older age groups, with 12.8% fewer cases in people aged over 75, compared to a drop of just 2.1% among the under 15s. 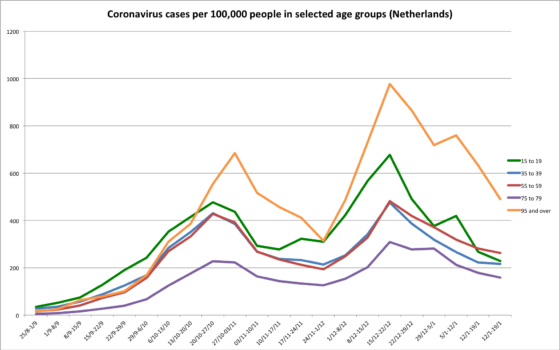