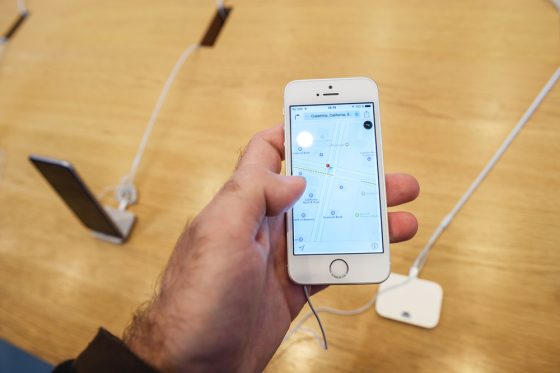 A family in Dronten is literally at the centre of all sorts of fraud and controversies because they live in the very heart of the Netherlands – and are getting threats and the occasional unwelcome visitor to boot.

People who have been victims of internet fraud sometimes uncover an IP address which they then put into a specialised website which gives them the location of the culprit. But if the physical location is unknown, what they often end up with are the coordinates 52°30 0 N, 5°45 0 E.

These refer to the centre of the Netherlands which, unfortunately for the Huijbregts family, is their back garden in Dronten.

‘We know where to find you’, or ‘We’ll teach you a lesson’, are some of the threats that we have been getting for years now,’ Jacques Huijbregts told local broadcaster Omroep Flevoland.

‘We even had a car stop here and a couple of burly blokes got out because they thought this was the site where someone who had been kidnapped was hidden. I have a wife and four kids and I can tell you that we have been closing the shutters and bolting the doors a bit earlier since then.’

The latest incident took place when a plane with a banner reading ‘Cold, isn’t it? Videre!’ was spotted flying over last weekend’s demonstration against the coronavirus measures in Amsterdam. Videre.nl is a website which ridicules conspiracy theorists and demonstrators were eager to find out who was behind the site, only to end up in Huijbregts back garden again.

Huijbregts initially blamed Google and asked them to come up with a different set of coordinates to denote the country’s centre. ‘Somewhere in the middle of the Markermeer, for example’ Huijbregts suggested.

Google, however, said it is not responsible and referred him to the CIA. And according to the CIA’s The World Factbook the Huijbregts’ home is the centre of the country. That data in turn has been taken from the American National Geospatial Agency NGA, who Huijbregts has also contacted.

‘We are getting closer to the cause of all this and I hope I will get a solution. If we end up getting to the right people, that is. So far I have heard nothing,’ Huijbregts told the broadcaster.