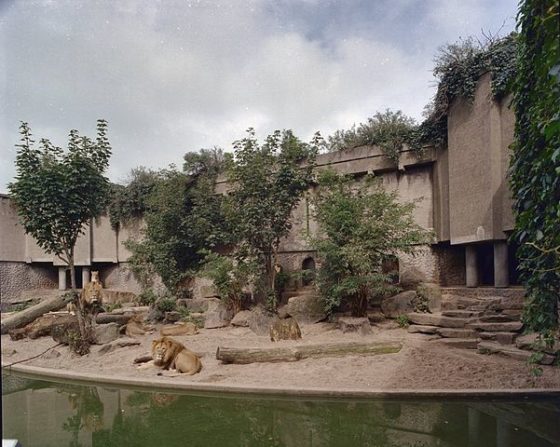 The zoo has three lions, a three-year-old male and two lionesses of eight and nine years old. Their old enclosure dates from 1927 and is listed, but has long been deemed too small for big cats.

Faced with an accumulated €20m loss over the coming years, the extra €4m expenditure for a bigger accommodation cannot be contemplated now or any time soon, the zoo’s director Rembrandt Surtorius said.

Artis has now started a campaign for private donations but Surtorius said that to run the zoo costs €60,000 a day and it would be hard to compensate for that.

‘We did everything we could to deal with the loss of revenue,’ Surtorius told the Telegraaf. ‘We adapted the budgets, tapped other sources of revenue. But in the end we had to let 35 people go and that was tough because everyone puts their heart and soul in their work for Artis.’

The lions will be leaving the zoo mid- February to go to a zoo in the south of France but a spokeswoman for the zoo was unable to tell DutchNews.nl which one it is.

The group will not be broken up, Artis said, and will be given their own enclosure.

Artis has had lions almost since it opened in 1838 and Surtorius is confident that the zoo will have lions once again in time, but he is not contemplating the return of the present pride.

‘The plans are ready but it may be three, five or even ten years before we can build. And in all likelihood we would then choose Asian lions because they are the more threatened species.’

The terrace will become home to other threatened species in European breeding programmes, the zoo said.

According to the zoo association Vereniging van Dierentuinen, 27 out of the around 30 zoos in the Netherlands are having to lay off staff.