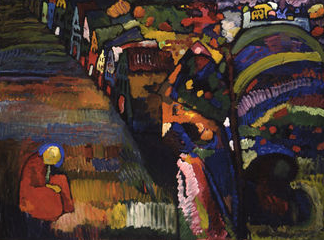 The heirs of Jewish people who lost their art collections while fleeing from the Nazis have welcomed a review that says the Dutch need to show more ‘humanity and goodwill’ in the restitution of looted art.

Yesterday, the Council for Culture published a long-awaited report on Dutch restitutions policy, which has been criticised for several high-profile decisions not to return art in recent years.

The review, Striving for Justice, admitted that some serious criticisms of the Dutch Restitutions Committee appear to be valid, although its work meets with ‘general approval’. It said the Dutch reputation as a role model for other countries ‘has been undermined by a limited number of requests…that have been rejected in recent years’, while the government has a duty to actively research looted art and reach out to heirs. It should not ‘balance the interests’ of modern-day museums, where the art has ended up, at all.

Heirs who are struggling for restitution of art works once owned by their families and people in the Jewish community told DutchNews.nl that they welcomed the report and a pledge by the culture minister Ingrid van Engelshoven to ‘strive for justice.’

Rob Lewenstein and his family’s request for the return of the €20m Wassily Kandinsky work Painting with Houses from Amsterdam’s Stedelijk museum is one of the recent controversies. The request was rejected by the Restitutions Committee, partly because it ‘weighed up the interests’ of current owner Amsterdam city as greater than theirs. Next week the family expects the results of a civil court case asking for the painting’s return.

Lewenstein, an American whose Dutch grandparents were the original owners of the painting, told DutchNews.nl he was greatly encouraged by the review chaired by former liberal politician Jacob Kohnstamm.

‘It has got to be positive for our case and for everybody else who is trying to get artwork repatriated,’ he said. ‘The way things were going, they didn’t really care: they wanted to keep the value [of the works] but I think it is going to change how all this is handled in the future.

‘My family had an extensive art collection, art means a lot to us, and when something gets stolen it’s like a slap in the face. You feel very violated when things are taken from you, especially with the Nazi regime.’

In the court case, his family has argued that the Stedelijk museum bought the painting in bad faith at an auction in 1940 at a time when Dutch guidelines say all art sales should be treated as forced ‘unless there is express evidence to the contrary’ – something which the Stedelijk museum and city of Amsterdam strongly contest.

Hester Bergen, who believes she has definitive proof that her ancestor Johanna Margarete Stern-Lippeman owned the Kandinsky painting View of Murnau with church, now in the Van Abbemuseum in Eindhoven, was also ‘delighted’ with the review.

‘The Kohnstamm commission really tackled everything we had experienced over the last three years with bureaucracy and the whole procedure,’ she said. ‘It was a firm report, so we are very happy.

‘Our biggest criticism of the Restitutions Committee is the bureaucratic and non-empathetic environment. Every time they tried to search for some [reason] to not give it back, and we were sent between the minister, committee and an expertise centre and nobody takes responsibility. I hope this is finally going to change.

‘According to the new things in this report, I’m going to get back the Kandinsky: I can prove it was in the will of my great-grandmother, [the title] was written on the back of the painting and I can prove it was in her possession in 1942 and that she went into hiding and went to Auschwitz.’

She added that the monetary value of the painting was not her motivation. ‘I think this discussion shouldn’t be about money,’ she said. ‘The reason they are making things slow is because it is about money [for them], but it shouldn’t be. It is about justice. My great grandmother was murdered, my grandparents were murdered and all their possessions taken.

‘During my research on this painting I found a lot of information about my grandparents so my whole family has started to be alive again for me, while I never met them. For me it means a lot to bring back this history and I would be very happy to get this justice done to my family.’

The report also revealed that there are around 3,750 objects in an ‘NK’ national collection, which were discovered in Nazi possession by Allied forces and given back to the Netherlands. While it said the government needed to invest €3m in a four-year project to continue systematically researching the ownership – a process that stopped in 2007 – the review committee has also considered putting this art and artefacts into a special collection.

Dr Emile Schrijver, general director of the Jewish Historical Museum and the Jewish cultural quarter in Amsterdam, told DutchNews.nl that one option might be a display in a National Holocaust Museum, to be opened in 2022. ‘I am a member of the culture committee and was part of the discussions, and there’s a strong wish from within the Jewish community that this issue of ownership should be solved,’ he said.

‘We could play an active role in the guardianship of the collection. I could imagine an arrangement where we are taking care of these items, but the ownership remains the way it is until someone says, “This was my grandfather’s painting.” Then it should be restituted.’