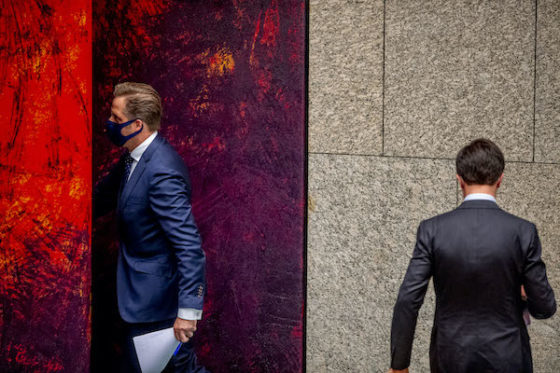 The Netherlands will start vaccinating people against coronavirus on January 8 if the European Medicines Agency approves the first vaccine on Monday, health minister Hugo de Jonge told MPs during a stormy debate on Thursday evening.

The first invitations to people to report for a vaccine will be issued on January 4 and will focus on people working in nursing homes, care for the disabled, district nursing and home care support, the minister said.

Local health boards will start the main vaccination programme at three locations by Monday January 11 and from January 18, 25 vaccination centres will be open for business, he said.

De Jonge came in for strong criticism during the debate because of the slow roll out of the vaccination programme in the Netherlands. Britain has already started vaccinating the frail elderly and Germany, Belgium and Denmark are also poised to start their campaign.

The Netherlands will be later because the GGD health board’s IT system is not yet ready, the health council still has to make its formal recommendations and even the scripts for call centre staff still have to be written, De Jonge told MPs in a written briefing.

In particular, it was not until last month that officials decided to ditch the plan to have local doctors administer the vaccine and to turn to mass vaccination centres instead – partly for logistical reasons.

During the debate, Labour leader Lodewijk Asscher and other MPs pointed to the fact that other EU countries are ready to start vaccinating in the week after Christmas. ‘Does that mean countries which are quicker than us are less careful?’ Asscher said. ‘Or did we start too late?’

‘We have to follow a careful route,’ De Jonge told MPs. ‘It would not be responsible to start sooner. Then you would have a symbolic start which is not sensible.’

‘It is not about starting a week sooner or later,’ he said. ‘It is about how many people accept the vaccine.’ In addition, front line organisations which will administer the vaccine have said work cannot start any earlier, he told MPs.

GGD director Sjaak de Gouw told television talk show Op1 later that the Netherlands operates very strict procedures. ‘You can go for speed and then discover something has gone wrong a couple of weeks later,’ he said. ‘We have learned from the English, where some people have fainted. That means we have to take that into account in the scripts and the protocols.’