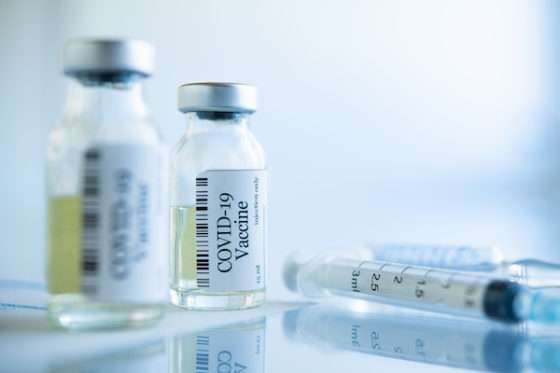 The Dutch health ministry and local health boards have been criticised for not being ready to start administering the first coronavirus vaccine before January, even though the green light for the first one is set to be given on Monday.

Germany, France and Denmark plan to start vaccinating people before the end of the year, but the Netherlands has earmarked January 18 as a likely date because several major aspects of the vaccination programme still need to be finalised.

Vaccination expert Herman van der Weide, who was involved in setting up the vaccination programme to deal with Mexican flu in 2009, says he does not understand why the plan is not ready to roll out.

‘We knew in March that we would have a vaccine,’ Van der Weide told television current affairs show Nieuwsuur. ‘I cannot imagine why it is taking so long to draw up a plan.’

Health minister Hugo de Jonge says that staff are working round the clock to be ready. ‘But the success of a vaccine does not depend on starting a week earlier, it depends on being careful and safe,’ he said. ‘Caution makes an important contribution to people’s acceptance of vaccinations.’

According to RTL, Germany has set up 440 vaccination centres and 10,000 nurses and doctors are ready to start work. ‘All we need is the vaccine,’ a spokesman for the Cologne doctors association told the broadcaster.

The Dutch approach to spreading the vaccine was originally based around nursing homes and family doctors, and local health boards only switched to the idea of mass vaccination centres a few weeks ago.

In addition, the Netherlands is still waiting for health council advice about who should be vaccinated first and what the most sensible strategy would be. Those recommendations will be based on the final verdict of the European Medicines Agency.

If the council opts to vaccinate healthcare workers first rather than nursing home staff, who are currently top of the priority list, that will involve a change in strategy and could add to the delays, broadcaster NOS reported.

Local health boards say they will be ready with 25 mass vaccination locations as soon as the green light is given, but are still expecting to start work ‘during January’. ‘We have always said we will start in January and that remains the situation,’ a spokeswoman told broadcaster RTL. ‘More information will be available on Monday.’

In addition, the registration system to record who has been given which vaccine is currently being worked on by the public health institute RIVM and will not be ready until the end of December at the earliest, both NOS and the Telegraaf reported. This, De Jonge said earlier, is the biggest bottleneck.

Another potential delay is the central call-up system which will invite members of the public to attend a clinic for their first and second doses of the vaccine and which will record any allergies or other health issues they may have before the invitation is sent out. It is not yet clear when this system will be ready to operate.

The European Commission has signed agreements with six pharmaceuticals firms and ordered two billion doses, which are being divided across member states according to their population sizes.

The World Health Organisation estimates that if 60% to 70% of the world’s population is immune to coronavirus that the measures to contain it can be relaxed.

Utrecht University doctor and microbiologist Marc Bonten told the AD that ‘nothing in the Netherlands is approved before everyone has approved it’.

And despite the delays, ‘the two weeks will not make a difference. Let us be happy that we can begin in January,’ he said.