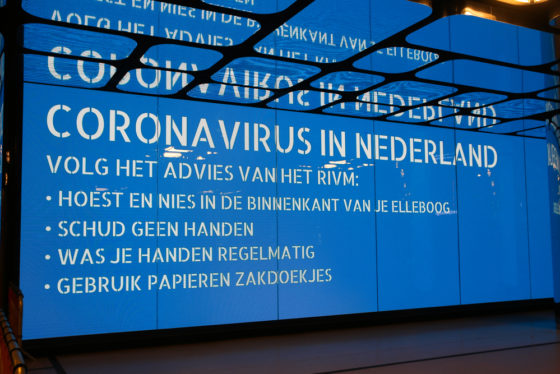 So far 11 cases of the British variant of coronavirus have been identified in the Netherlands, five in Rotterdam, five in the Amsterdam region and one in Nijmegen, public health institute RIVM said on Monday.

The variant was first identified in the Netherlands earlier this month.

The five Rotterdam cases are all linked to an outbreak at a primary school in the city which began a month ago and which are now being investigated more thoroughly, the RIVM said.

The Nijmegen resident found to have the British variant had a connection to Britain and the new Amsterdam cases were found through contact tracing.

‘Information from Britain makes it clear this variant is more infectious,’ health minister Hugo de Jonge told MPs in a briefing on Monday. Additional research has now begun into the spread of the virus and the rate of infection, he said.

Government advisors are due to meet on Wednesday to discuss the current situation in the Netherlands, as well as the 11 British cases, and ministers will meet later in the day, De Jonge said.

RIVM spokeswoman Aura Timen told broadcaster NOS that the agency does not not think the British variant has spread widely in the Netherlands yet, given there is no visible impact on the figures.

The RIVM will give its latest weekly update on the infection rate on Tuesday.