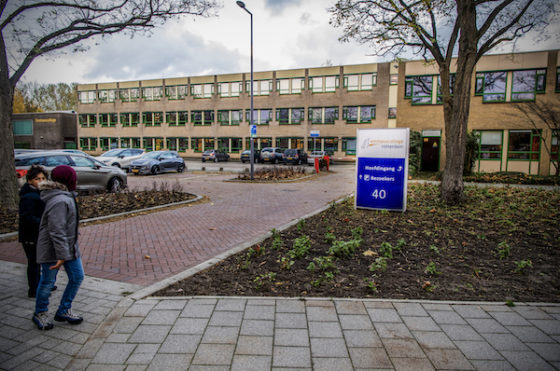 Police in Rotterdam are investigating online threats made against a teacher who had hung a cartoon commenting on the attack on French satirical magazine Charlie Hebdo in January 2015 on his classroom notice board.

According to the NRC, the drawing had hung on a classroom notice board for some five years but it was not until the school – which has Catholic roots – held a memorial for murdered French teacher Samuel Paty, that it became a contentious issue.

Sources at the Emmauscollege told the paper that the situation in the school had soured after some teachers started discussions about the cartoon of Mohammed which had led a radical Muslim to murder Paty last month.

Then, the paper said, a group of girls demanded the teacher remove the picture from the notice board because, they said, it was blasphemy. Despite the teacher’s explanation – that the cartoon was not of Mohammed but of a terrorist – the dispute continued on social media.

Police told the NRC that direct threats were made against the teacher, and that they were taking them very seriously. ‘We are in close contact with the school and are taking visible and hidden security measures,’ the statement on Twitter said.

The NRC says that more teachers at the school, which focuses on pre college and pre university streams, no longer feel safe and, according to its sources, the teacher in question has gone into hiding.

MPs and ministers on Thursday were united in their outrage, with education minister Arie Slob saying it is ‘completely unacceptable’ that teachers are put under pressure because they teach about the value of freedom of speech.

The intimidation of teachers will not be tolerated in any way whatsover, Slob said. ‘We will take tough action against it.’

Meanwhile, over 100,000 people have signed a petition set up by imam Ismail Abou Soumayyah, which calls for insulting Mohammed to be made a criminal offence.

The petition was launched after Amsterdam imam Yassin Elforkani told the Parool newspaper last week he felt there should be laws to limiting freedom to insult Islam.

‘Insults made against Islam have created very negative dynamics and a poisonous atmosphere in society, with all the risks that entails,’ he said. ‘We have to leave this behind. And we will get nowhere if we continue to point to freedom of speech and being able to say what you like. It is as if there is a competition to insult Islam as much as possible.’