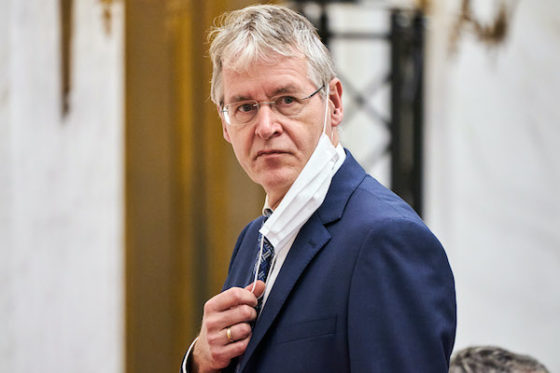 A majority of MPs are calling for change to a loophole used by fundamentalist Protestant schools in the Netherlands to require parents to sign a document saying they reject homosexual lifestyles.

The issue was highlighted during a debate on citizenship education in parliament on Monday afternoon, when education minister Arie Slob defended the current practice, saying that schools can require parents to state their rejection of homosexuality using freedom of education legislation.

MPs told the minister, who represents the staunchly Christian party ChristenUnie in the cabinet, that the two statements are incompatible.

‘I expect Slob to put an end to this sort of declaration as quickly as possible,’ Socialist MP Peter Kwint, who drew up the motion, said. ‘A school cannot both create safe surroundings for all pupils and require parents to state that they reject homosexuality. You are making the situation unsafe for children both in school and at home.’

VVD MPs have also thrown their weight behind the call for change. ‘Schools have to be a safe place for everyone, regardless of origin, religion or sexual orientation,’ said Rudmer Heerma. ‘We cannot allow schools to set conditions.’

The proposal is also supported by D66, PvdA and GroenLinks, but not by any of the three religious parties or the far right PVV and FvD, Trouw reported on Tuesday.

Research by current affairs programme Pointer earlier this year showed that one in five strictly Protestant schools consider homosexuality to be morally unacceptable. In total, 34 out of 170 had a document online making their position clear.