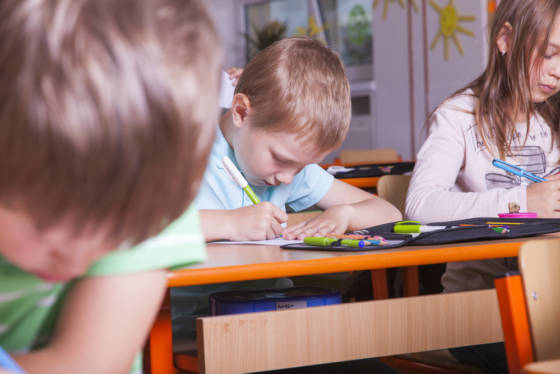 The suspension of face to face teaching in Dutch primary schools has had a more serious impact on children whose parents have lower levels of education, according to Oxford University researchers.

The researchers looked at the impact of school closures on learning using what they described as the ‘exceptionally rich data’ from the Netherlands.

The Netherlands, they said, ‘represents a best-case scenario with a relatively short lockdown (8 weeks) and high degree of technological preparedness.’

The researchers compared the result of school tests before and after lockdown in spring 2020 and in the previous three years, and found that there had been what they called a ‘learning loss’.

They found that this loss was up to 55% larger among pupils who came from homes where parents were less educated.

The average learning loss was equivalent to a fifth of a school year, nearly the same period that schools remained closed. ‘These results imply that pupils made little or no progress while learning from home, and suggest much larger losses in countries less prepared for remote learning,’ the report said.

School heads said in May they had the impression that children had not built up a disadvantage because schools were closed and that there had not been a ‘spectacular’ increase in the gap between pupil performance.

However, Amsterdam University researcher Thijs Bol told the Volkskrant he had the impression that parents without a college or university education had spent less time helping their children with school work during the lockdown.

In addition, poorer families did not always have a laptop or tablet which children could use, he said. ‘I had expected this would impact on standards, and the Oxford study bears this out,’ he told the paper.

At the height of the pandemic in April, one in five Dutch school heads said they had not been able to get in touch with all of their pupils since schools were closed because of coronavirus. In total, teachers failed to reach some 5,200 pupils.

Ministers have resisted calls for schools to be closed again because of the recent surge in coronavirus cases, saying they are too important to both children and parents to shut down.