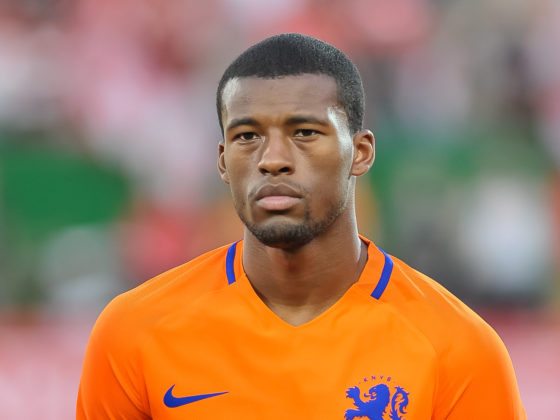 The Netherlands completed their Nations League campaign with a comeback win against Poland in Chorzow, but it was not enough to overtake Italy at the top of the group.

The Italians’ 2-0 win in Bosnia means they end Group A a point clear of Oranje and progress to the last four of the tournament rather than the Dutch, who were runners-up in in 2019.

Oranje went behind in the fifth minute when Kamil Józwiak cut in from the left flank, dodged the outstretched leg of Daley Blind and tucked the ball beneath Tim Krul’s glove and inside the left-hand post.

Poland had chances to go further ahead through Przemyslaw Placheta, who hit the post after 15 minutes, but the Netherlands looked the likelier to score as Georginio Wijnaldum and Frenkie de Jong broke through from midfield.

The equaliser came from the penalty spot after 76 minutes when Wijnaldum was shoved to the ground by Jan Bednarek and Memphis Depay rifled the ball into the top corner.

And it was Wijnaldum who completed the turnaround six minutes from time as he headed in a corner to claim his third goal in two games and the 21st of his international career.

Coach Frank de Boer was pleased to see his determination to play for the win, even after hopes of qualifying had been dashed, pay off.

‘We felt we were turning this game our way and wanted to bring home the victory, and we did it,’ he told NOS. ‘It’s a well-earned win. We dug in and fought till the last second. It’s great to see how the players kept believing in themselves.’