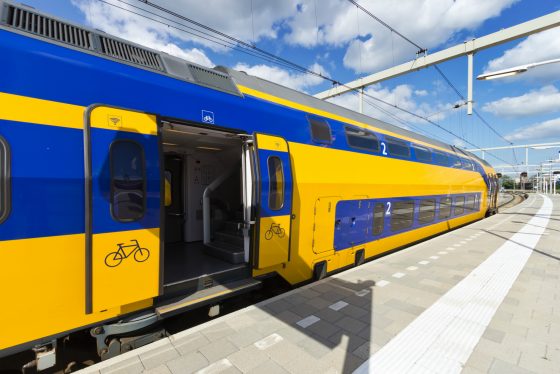 Travellers will now be able to register a journey by train so NS can let them know via e-mail how busy the service will be, or if it has been cancelled, the rail operator has announced.

The service, developed especially so people can avoid crowds and possible contagion with coronavirus, has been added as a new function on the NS app and can be used as of Wednesday.

‘The partial lockdown means we are carrying fewer people than normal, commercial director Tjalling Smit said. ‘We know from research that people are opting for other forms of transport because they are afraid the train will be too busy. The Treinwijzer app is meant to reassure them that the train remains a comfortable and safe option.’

The operator did not say how many people would have to register to accurately predict traveller numbers.

NS is expecting the service to become even more useful as the country comes out of lockdown and more people travel. A number of employers, Utrecht local council and Siemens among them, are already backing the use of the app because it will get staff who are unable to work from home to their place of work more safely, NS said.

The new function has already been tested during the summer months on the service between Haarlem and coastal resort Zandvoort which was frequently much too busy. Not many people used the function, it turned out. ‘As a result we made it simpler and more visible on the app,’ NS said.

NS will also be launching a campaign to publicise the new service, which NS said, could also prove useful at peak moments in future, such as massive treks to Zandvoort or festivals.

NS stressed the use of the registration function is not mandatory and data will only be used to predict the number of travellers but concerns have already been raised.

Train travellers’ organisation Rover told NOS that the function could be a useful one for many travellers but that an equal number would object to having to register a projected trip.

‘We think it is very important the service will not become mandatory and will never become a mandatory reservation system,’ director Freek Bos of train travellers’ organisation Rover told NOS.

Bos suggested NS could find other ways of gauging traveller numbers, such as sensors on train doors, which he said would be a more reliable indication of the number of people travelling than the one being proposed now.