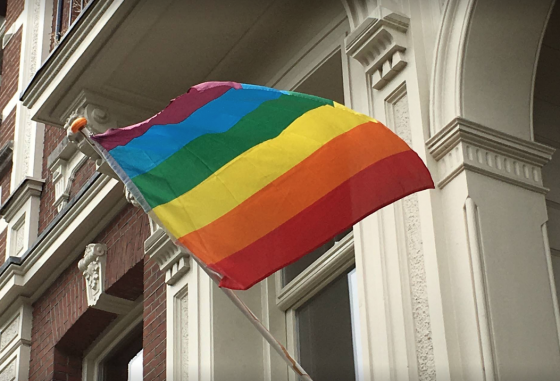 The prosecution service is to investigate whether education minister Arie Slob broke the law by defending the right of Christian schools to require parents to sign covenants rejecting homosexuality.

The minister, who represents the orthodox Christian party ChristenUnie in the four-party coalition, came under fire during a parliamentary debate on Monday when he said schools’ had the constitutional freedom to decide how they dealt with issues of religion and sexuality.

A majority of MPs, including members of coalition parties VVD and D66, backed a motion calling for a change in the law so schools could no longer demand that prospective parents sign a declaration against ‘homosexual lifestyles’.

On Tuesday Slob backtracked from his position and said the statements needed to be studied more closely. ‘If they contravene the concept of safe climate at school, then they have to be adapted properly,’ he added.

The prosecution service’s intervention came after police organisation Roze in Blauw (Pink in Blue) posted a message on Facebook calling on people to file official complaints against the minister.

‘Following consultation with the public prosecutor’s office and our national porfolio holder on discrimination, an investigation has begun into whether a criminal offence can be identified,’ said the statement.

However, Slob’s comments are likely to be covered by the law that says ministers and MPs cannot be sued or prosecuted for statements made to parliament either verbally or in writing.

Gay rights is a difficult issue for the two orthodox Christian parties in parliament – ChristenUnie and the more fundamentalist SGP, which does not believe women should have a role in politics.

Last year, there was a major row when some 250 Protestant ministers signed a Dutch version of the Nashville Statement – a controversial document originating in the US which has been slammed for promoting homophobia, transphobia and misogyny.

The signatories included Kees van der Staaij, leader of the SGP, which has three MPs in the current Dutch parliament.

The Netherlands has a large number of religious schools, most of which are based on various forms of Protestantism. In particular, the Netherlands has dozens of fundamentalist Christian schools which oppose homosexuality on Biblical principles and use a legal loophole to avoid employing gay teachers.

Research by current affairs programme Pointer earlier this year showed that one in five strictly Protestant schools consider homosexuality to be morally unacceptable. In total, 34 out of 170 had a document online making their position clear.