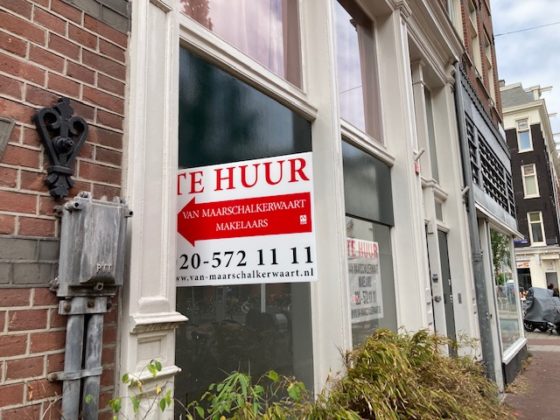 The waiting lists for social housing in the Netherlands are still rising and people are spending a larger proportion of their income on rent and related costs, according to an analysis by lobby group Woonbond.

The organisation says the number of rent-controlled properties in the Netherlands has dropped by 108,000 over the past five years, while waiting lists are over 10 years in Amsterdam, and nearing 10 years in Utrecht.

In Amsterdam, for example, an average of 271 people react every time a rent-controlled property comes on the market, up from 180 in 2014. In The Hague, demand is even greater – with 301 people reacting every time a social housing property is released.

Tenants too are spending a larger proportion of their income on housing – up from 34% in 2009 to 38% in 2018, according to CBS figures. And while social housing rents have gone up 26% over the past 10 years, rents in the non rent-controlled sector have risen 44%.

Social housing has a maximum monthly rent of €737 and is generally only available to households with an income of less than €39,000.

‘Cabinet policy over the past 10 years has focused on reducing the size of housing corporations and boosting the commercial rental sector,’ spokesman Zenno Winkels told the AD. ‘Tenants are the victims of this.’

The Woonbond wants the points system, used to calculate rents in the social housing sector, to be extended to non rent-controlled properties as well. It also thinks the income limits for social housing should be increased.

According to government figures, some 60% of the 7.5 million homes in the Netherlands are owner occupied. Private landlords, including investment companies own 8% and the rest are in the hands of the country’s housing associations.