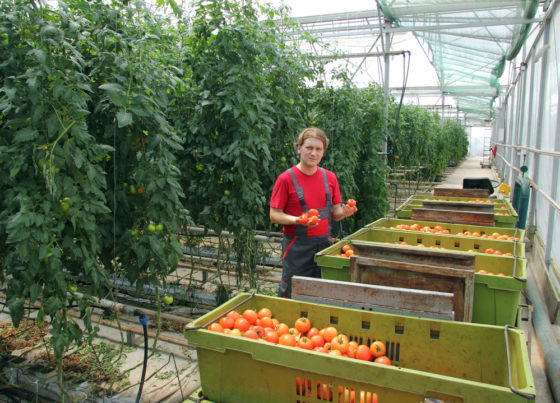 Thousands of seasonal workers pick fruit and veg in the Netherlands. Photo: Depositphotos.com

Trade unions, local authorities and seasonal workers are calling on the government to introduce a licencing system for staffing agencies, in a bid to stop widespread exploitation in the sector, current affairs show Nieuwsuur said on Thursday.

There are some 14,000 staffing agencies currently active in the Netherlands, most of which focus on providing tens of thousands of contract workers from Eastern Europe for farming, the meat processing industry and distribution centres.

But there is little official supervision of how they operate, and this, in turn, means many workers are not being properly protected against low pay, poor working conditions and other abuse.

Europe’s seasonal workers are being forgotten in the coronavirus crisis

A government working party under the leadership of former Socialist Party chief Emile Roemer is currently finalising its second report on working conditions for seasonal workers, which, insiders say, is set to lead to calls for tougher and broader regulation.

‘Local councils do their bit, they look at accommodation,’ FNV spokesman Bart Plaatje told broadcaster NOS. ‘Social affairs ministry inspectors look at the place of work and working conditions… but no-one works together, and staffing agencies are getting away with it.’

Tilburg University labour market sociologist Jan Cremers told Nieuwsuur that many local authorities tend to ignore the issue. ‘If they get a new distribution centre, then the economics chief celebrates,’ he said. ‘But 18 months later it is the person in charge of housing who has the problem. There is nowhere for the workers to live.’

In addition, the likelihood of being visited by inspectors is once every 35 years, he said. ‘That does not act as a deterrent to those which are breaking the law.’

In June MPs voted in favour of a motion drawn up by the Christian Democrats and D66 which asks ministers to look into requiring all staffing agencies to meet tougher quality standards.

MPs also voted in favour of a motion to improve the housing lived in by staffing agency workers, which is often provided by the agencies themselves. However, there was not enough support for a ChristenUnie and Socialist party plan to stop agencies making accommodation part of contracts, including automatic deductions.

Tens of thousands of mainly eastern Europeans work in the Netherlands via agencies and the cramped conditions many of them live in are thought to have contributed to several coronavirus outbreaks in meat packing plants.