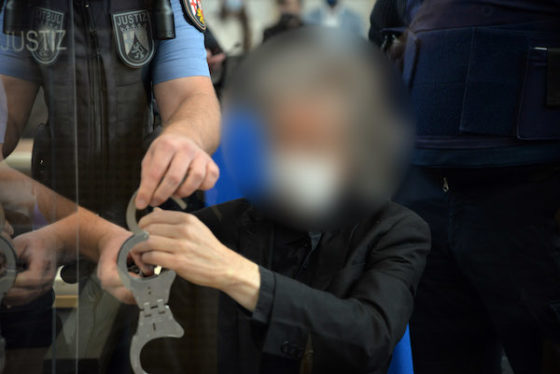 The main accussed in court on Monday. Photo: Newscom via ANP

Four Dutch nationals are among eight people currently on trial in Germany for their role in hosting a darknet computer centre used by criminals around the world to carry out illegal transactions running into millions of euros.

The eight are accused of enabling more than 249,000 crimes which they facilitated through servers housed in a disused bunker close to the Moselle river. The bunker had been bought in 2013 by Dutch national Herman Johan Xennt, who had reportedly left the Netherlands after running into trouble with his hosting activities, also housed in a bunker in Zeeland.

In total, four Dutch, three German and one Bulgarian suspects – ranging in age from 20 to 60 – have been charged in connection with the ‘cyberbunker’ activities.

Deals which were processed through the servers include drugs – with platforms such as Cannabis Road – which had millions of active users, the Telegraaf said on Tuesday.

Other sites allowed people to order fake money and ID papers, and the bunker was also used to stage a bot attack on German telecom firm Deutsche Telekom, the paper said.

The investigation into the bunker took years of observation and phone tapping, culiminating in a raid involving 650 police officers in September 2019. The case is scheduled to run until 2021.

Read the Spiegel article on the bunker operation (English)