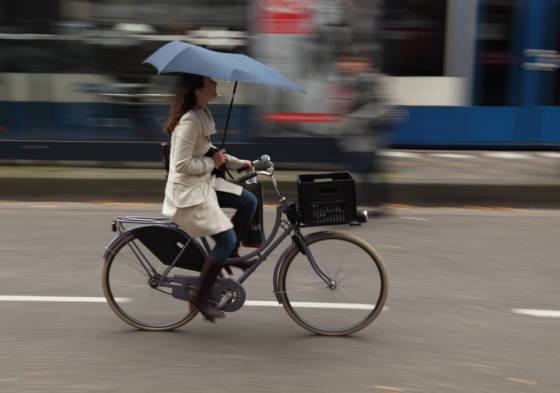 A study of cyclists presenting themselves to a hospital in the Netherlands after an accident has found that e-bike users were no more severely injured than conventional bike users.

The study of 78 e-bikers and 91 normal cyclists, published in the European journal of trauma and emergency surgery earlier this year, found that although the e-bikers tended to be older and have more other conditions, there was no significant difference in the type and extent of injuries they had overall.

The e-bikers were more likely to have bruising and upper spinal injuries, however, and two in the study by the VieCuri teaching hospital in Venray, Limburg, were severely injured. On the other hand, the normal cyclists who ended up in A&E were more likely to have drunk alcohol, with two in five having had a drink compared with one in five of the e-bikers. Only one cyclist, an e-bike user, was wearing a helmet – which other research suggests reduces serious or fatal injuries by a third.

Although e-bikes can go faster, the largest group of the accidents in both groups took place at under 5kph.

‘The [speed] difference isn’t that great and the notion that it is much more dangerous to ride an electric bike isn’t accurate,’ Otto van Boggelen, programme manager at industry expert body CROW Fietsberaad, told the Telegraaf.

Birgitte Blatter, head of monitoring and research at Veiligheid NL safety body, told the Telegraaf that e-bikes did not seem more dangerous that normal bikes in its own study of around 3,000 accidents.

In the VieCuri study, the average age of all of the bikers who ended up in hospital was almost 67, and e-bike users tended to have a slightly higher body mass index. A collision with a car or other cyclist caused a quarter of the accidents and half of the incidents happened during the day. The study, however, notes that behavioural changes could make cycling safer for both groups.

‘While it is important to note that helmet use and alcohol avoidance have demonstrable health benefits for bicyclists,’ the authors note, ‘further studies to quantify these benefits are recommended.’