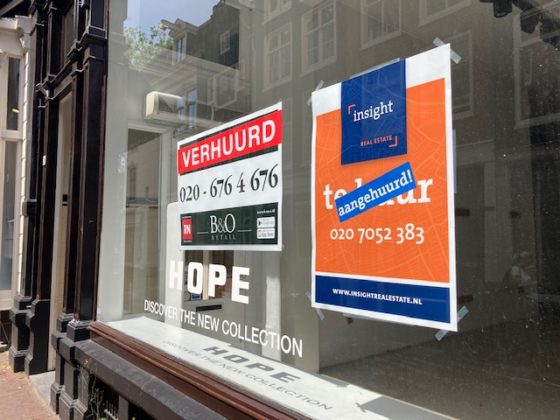 The retail sector has been hard hit. Photo: DutchNews.nl

The Dutch economy remains in a deep dip but measures introduced by the government to bail out companies hit by the lockdown have had a major impact on key indicators, national statistics agency CBS said in its October economic update.

Consumer confidence was virtually unchanged in September, when compared with August, but producer confidence rose for the fifth month in a row, the CBS said. Both figures, however, are well below the long term average.

Consumer spending was down 6.2% in July but this is less than in the previous four months, and industrial production, while down 4% year on year, was also improving slowly.

The bankruptcy rate, which had been unchanged, did rise slightly in September, the CBS said. However the increase, from 173 in August to 183 in September, is marginal and the total is still well down on September last year, when 257 firms went bust.

Last month, figures from credit insurer Atradius show that the Dutch approach to the crisis has been ‘efficient’ and have not created large number of zombie companies compared to other European countries.

The number of companies going bust in the second quarter did not exceed 2% when 5% had been expected. That means around three in a hundred companies are not viable and were being kept alive by government funding, the researchers concluded.

The impact of coronavirus on the unemployment rate has also been limited so far, thanks to government support for salaries. The official Dutch unemployment rate according to the ILO definition was 4.6% in August, although job losses have increased by an average of 32,000 a month for the past three months.

Exports were down 2.3% in August compared with 2019, with oil and chemicals, machinery and engineering goods hardest hit.

A comparison between the impact of the coronavirus epidemic on the Belgian and Dutch economies shows that Belgium has been much harder hit, the CBS said on Monday. In the second quarter, the Belgian economy contracted by 14.5%, the Dutch 9.4%.