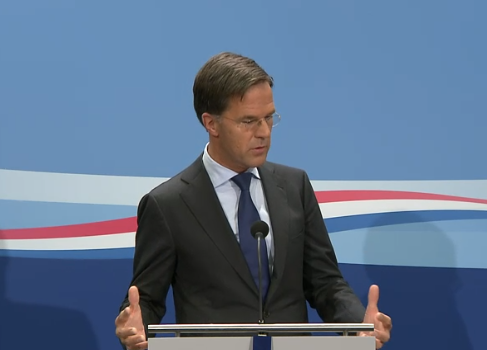 New coronavirus measures cannot be avoided in the Netherlands if there is no improvement in the number of new infections in the coming 24 to 72 hours, prime minister Mark Rutte told reporters after the weekly cabinet conference.

The number of new coronavirus infections in the Netherlands continues to rise, with a further 5,983 cases registered with public health institute RIVM in the 24 hours to Friday morning.

Although the increase on Thursday’s total is 154, well down on the shock 800 increase between Wednesday and Thursday, Rutte said that officials need to see something ‘positive’ in the coming period. ‘I will want to know from experts what the weekend figures say.’

The Netherlands now has one of the worst infection rates in Europe, and this has received widespread coverage in the foreign press.

‘People are faced with not having the operation they expected, more people will die, are worried about jobs and loneliness… and that is because we are not taking the basic rules seriously,’ he said.

By Friday a further 69 people had been admitted to hospital, taking the total to 1,139, of whom 239 are in intensive care.

Hospitals are working hard to make sure everyone can be treated, but non-essential operations are being delayed, Rutte said. ‘And there is a risk that heart and cancer operations may have to be postponed as well,’ he said.

This is something we need to realise will happen if we do not change our behaviour, Rutte said. ‘We can only beat the virus through our own behaviour, not rules.’

Amsterdam again had the most new infections, with 493 overnight. However, there has been a sharp rise in positive tests in both Rotterdam and The Hague, who reported 446 and 411 respectively over the past 24 hours.

Rutte and health minister Hugo de Jonge are expected to host a new press conference on Tuesday, outlining what, if any, new measures are to be introduced on Tuesday.

‘In any case, we will be coming up with a road map with a plan for future measures, as they have in Ireland,’ Rutte said.