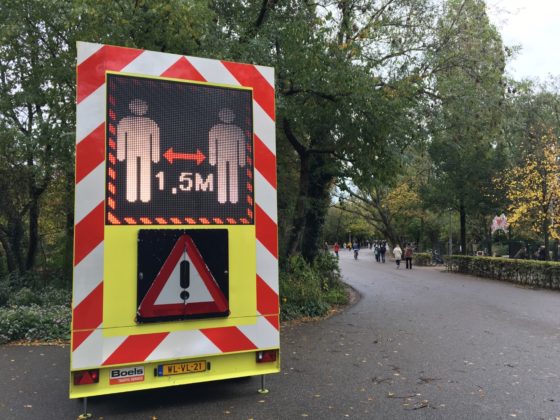 A further 10,280 positive coronavirus tests were reported to the public health institute RIVM in the 24 hours to Tuesday morning, but the total is again distorted by computer problems.

On Wednesday, IT issues meant a number of health boards did not manage to submit their figures to the RIVM, so it was impossible to judge if the infection rate is coming down, as officials hope.

The RIVM’s reporting system was also disrupted at the weekend, leading to lower figures being published on Saturday and a catch-up total on Sunday.

A spokesman for the regional health board association told the NRC that the computer problems were not structural and that no data had been lost. ‘Things might have gone wrong three times in quick succession, but there is no question of that,’ the spokesman said.

A further 269 people were hospitalised, down 44 on Wednesday, while 47 people, most of whom were already being treated in hospital, were transferred to intensive care wards.

In total, 2,384 people are being treated for coronavirus in hospital, of whom 553 are in IC. At the peak of the first wave in early April around 3,000 patients were being treated on hospital wards and 1,400 were in intensive care units – 58 of whom were transferred to hospitals in Germany.

The death toll continues to mount, with 62 new deaths reported on Thursday, although some people died earlier in the week. In the past seven days, the death toll has averaged 49 people a day, compared with 33 in the week earlier period.