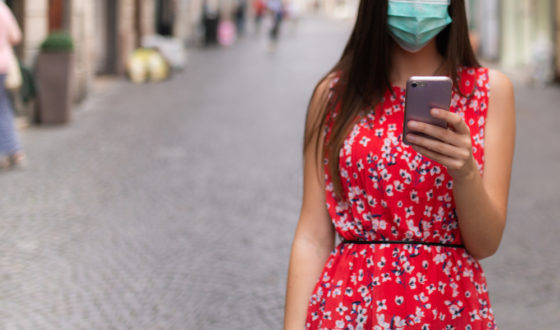 In total, the app has now been downloaded 2.2 million times, health ministry officials said. The Netherlands has a population of over 17 million and experts say some 40% to 50% should use the app if it is to be effective at halting the spread of the virus.

‘I think at least 50% of the population should use it,’ Utrecht University epidemiologist Hans Heesterbeek told broadcaster NOS at the weekend. ‘Then you get a good reflection of the make-up of society.

The CoronaMelder app, first mooted in early April, warns users if they have spent 15 minutes or more in close contact with someone who tests positive for the virus – as long as they have allowed that information to be used.

It will not be compulsory to use the app, which works by exchanging random codes with other phones via Bluetooth technology.

Health minister Hugo de Jonge commissioned the app to trace the spread of coronavirus in the wake of flopped efforts to fast-track the process in a weekend event in mid April and testing first started in June.

The CoronaMelder had been due to go live on September 1, but that was cancelled because the emergency law authorising its use had not gone through parliament.

The app is available in English as well as Dutch and there is information about how it works in a number of other languages online, including German, Polish and Turkish.