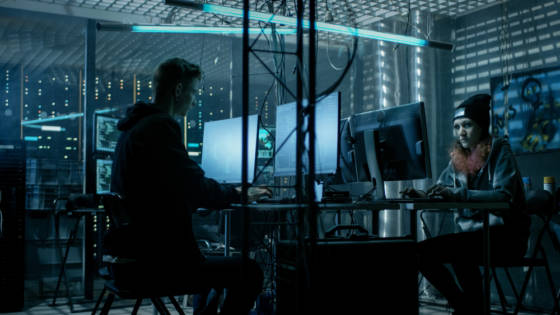 The hackers, named as Edwin, Mattijs and Victor by the magazine, used a leaked list of LinkedIn accounts from 2012 to target Trump, then a presidential candidate and then warn him in an email that they had broken in.

Vrij Nederland journalist Gerard Janssen interviewed the three and published a major report of the hack after meeting them at a hackers’ convention. Screenshots show they were members of a hackers group calling itself Guild Of The Grumpy Old Hackers and that they broke into Trump’s account on October 27, 2016, shortly before the presidential vote.

They took the password from the leaked LinkedIn database, which contained 117 million names and passwords. ‘You’re fired’, was a popular Trump catchphrase in his roll on television show The Apprentice.

‘They were shocked when they succeeded,’ Janssen told NOS news. ‘They knew that they could be in trouble because it could be seen as a cyber attack on a presidential candidate.’

The hackers, who documented their actions thoroughly, never heard from Trump himself, but National Cyber Security Centre (NCSC) replied to them in November 2016, thanking them for getting in touch. All three, who now work in online security trying to detect weaknesses in corporate and government software, have also been able to visit America without any trouble.

Donald Trump was not among a list of famous names, including Bill Gates, Elon Musk, Apple, Joe Biden, and Barack Obama, whose Twitter accounts were hacked in July this year.