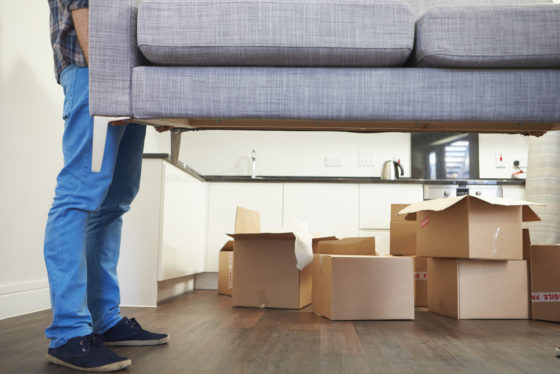 There is little evidence that international workers are leaving the Netherlands because of the coronavirus epidemic, but fewer people are arriving, experts and organisations working with expats have told DutchNews.nl

International schools say that while a few people have been called back to base, families are not packing up and leaving on a large scale and pupil numbers are steady. And while some housing agencies have said they have more property on their books, it is very unclear how much of this is due to people leaving, and how much to tougher regulations on holiday rentals.

‘It is very hard to get a grip on,’ says Deborah Valentine, executive director of Access, a volunteer organisation which helps new arrivals settle into the Netherlands and which runs help desks on behalf of the local authorities in The Hague, Amsterdam and Utrecht.

‘I keep hearing that expats are leaving, but I have not seen any real evidence that this is true.’

Figures from the national statistics agency CBS do not show that people are leaving the Netherlands in large numbers either. Between the start of the coronavirus crisis in February and the beginning of August, the number of American nationals in the Netherlands went down by less than 1,000 to 46,364.

The Italian, British and Belgian populations stayed around the same, while the Indian community actually grew by around 500 to 57,530.

Officials in The Hague, Eindhoven and Amsterdam who help international workers deal with their paperwork say they are not aware that large numbers of people are leaving, although the number of new arrivals slowed to a trickle at the height of the pandemic.

‘In April and May it was very slow and we helped 10% of the people we helped in 2019,’ says Sietske van Tuin, director of Amsterdam city council’s international welcome centre IN Amsterdam. ‘In June it started picking up again, and we are now at 50% of last year. The people who were supposed to come in the spring are arriving now instead.’

‘Some people who were due to come in the spring had to delay, but their paperwork has been completed and they are arriving now. It may be that some companies are not recruiting at the moment, but some certainly are.’

Nevertheless, the lockdown has made it difficult to bring people into the Netherlands because it was harder to finalise paperwork and find a place to live, when everything had to be done virtually.

‘It is not that people are leaving, it is just difficult for people to arrive,’ says Charlotta Bjuvling, account manager at global relocation company Sirva. ‘Companies are being careful about new assignments and they are taking much longer as well, because the rules keep changing and everything has to be done online.’

In addition, each relocation is now taking more time because we want to be sure people are comfortable, she says.

‘In a way, our consultants have been the main point of physical contact for new arrivals. After all, it is very strange to move to a new country and then to have to work in isolation at home. You can’t go out and make friends in the same way anymore either.’

Another indication that expats are staying put are developments on the mortgage market which show international workers are still extremely keen to buy. ‘Expat Mortgages had its best ever month in July, helping 20% more people buy their own home,’ says company founder Henk Jansen. ‘We have not seen any sign that people are leaving.’

Estate agent Mie-Lan Kok, who specialises in helping internationals buy a house, says she too has not noticed any downturn in clients. ‘I’m surprised about what I am hearing on the news,’ she said. ‘So many people are asking to buy a home… of course some people are going, but they already planned to either return home or go on to a new posting.’

Nevertheless, the long-term impact on relocation remains difficult to assess. ‘More people are working from home and this means companies can recruit people who don’t want to move,’ says IN Amsterdam’s Sietske van Tuin.

Economists expect the impact of coronavirus on employment levels to be felt in the final months of the year and into 2021, although the Dutch unemployment rate is already rising.

Hotel booking website Booking.com, which has a workforce of 5,500 in Amsterdam, has already said it will reduce the size of its global staff base.

Worst affected companies are likely to be those in the hospitality, events and tourism sectors, where coronavirus restrictions have had a major impact. By contrast, the IT sector, which employs a large number of international workers, is forecast to benefit.