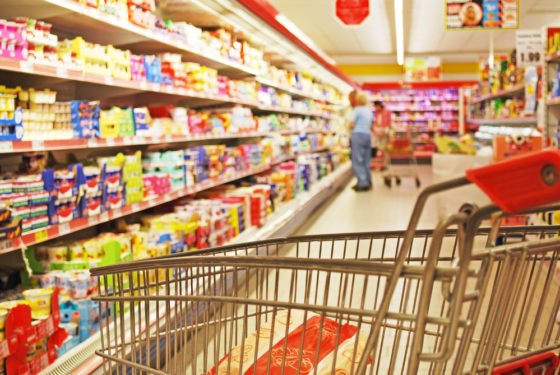 Almost three quarters of all Dutch supermarket food products aimed at children are bad for them, children’s charity Unicef says in a report out on Tuesday.

Unicef looked at over 2,000 products for children, including breakfast cereals, desserts and drinks to see if they had a place in the government’s healthy eating recommendations.

Most products turned out to to have too many calories, contain too much salt, sugar and saturated fats or were too low in fiber. Unicef also found that supermarkets showed ‘no reticence’ when it comes to promoting unhealthy products for children, particularly through the use of popular cartoon characters.

Some 16% of children and teenagers in the Netherlands are overweight and 3% are considered to be obese.

Of the food aimed at babies and toddlers only a third complies with the guidelines, the researchers found. Only one out of 39 breakfast cereals was found to be good for children and of the 865 bread spreads aimed at children, a whopping 829 were found to be unhealthy. None of the desserts were complied with the diet recommendations.

It is the first time Dutch products aimed at children have been investigated on this scale.

‘The fact that three quarters of the products do not comply with the recommended diet is shocking,’ Unicef NL director Suzanna Laszlo told the AD. ‘Many children eat too much of what they don’t need and too little of what they do need. That can cause obesity and diabetes.’ Laszlo said she hoped the report would change government and supermarket policies.

However, supermarkets’ organisation CBL has called the report ‘too negative’.

‘A child could not wish to be born in a better country than the Netherlands where food is healthy, varied and safe,’ CBL director Marc Jansen told the NRC. ‘Should supermarkets become greengrocers or are we letting the parents decide? I think Unicef is going too far when they say children’s rights are harmed through the sale of legally allowed products.’

The CBL also criticised the healthy eating guidelinees for being ‘too strict’ and said that promotion using cartoon characters has almost been phased out, despite Unicef finding them in the promotion material of 25% of the products. Supermarkets are also working on lowering salt and sugar content, Jansen said.

The government’s healthy eating advisory centre Voedingscentrum said there is no reason for manufacturers to aim food specifically at children and from the age of one, children can eat what adults eat.

The centre’s guidelines are based on the five main food groups, known as the ‘schijf van vijf’ and people are advised to eat lots of fruit, vegetables and whole grain products.

Meat consumption should be reduced and replaced by legumes, nuts, eggs or tofu. Water, coffee and tea remain the best sources of liquid, the recommendations, which were revised in 2016, state.