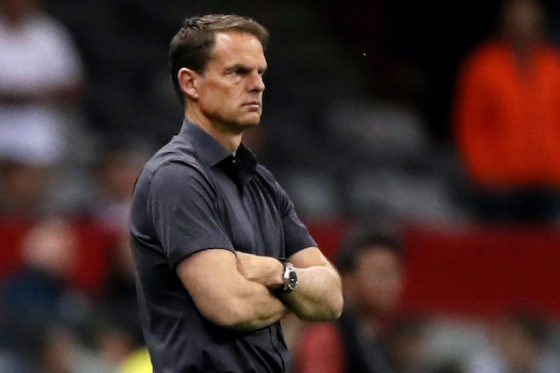 De Boer is about to sign a contract lasting up to mid 2022,  before the Qatar World Cup, but this could be extended depending on his performance at next year’s European championships, the Telegraaf said.

The Dutch football association aims to present De Boer as new coach at the end of this week or early next week, the paper said. Next Friday, Oranje meet Mexico in a friendly, followed by Bosnia Herzegovina and Italy in the Nations Cup a week later.

De Boer was the only one of three candidates the KNVB was considering who was available for the job, the paper said. Frank Rijkaard said he did not want to return to football and Peter Bosz said he wanted to respect his contract with Bayer Leverkusen.

De Boer, with 112 caps for the Netherlands, was assistant coach to Bert van Marwijk when he took Oranje to the finals of the 2010 World Cup, and also booked major successes as Ajax coach between 2011 and 2014.

He was most recently coach of US side Atlanta United, but left after a disappointing second season.