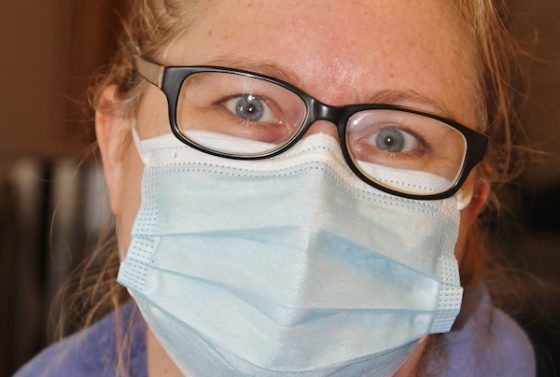 People in the Netherlands are being ‘urgently advised’ to wear face masks in all buildings open to the public from today, following calls from a majority of MPs for a clear, national ruling.

Speaking during Wednesday’s debate on the government strategy, prime minister Mark Rutte said that recommending the use of masks nationwide was the way to ensure a consistent approach.

Retail organisations and MPs had called on the government to bring in a national measure to head off confusion and enforcement issues after the mayors of Amsterdam, Rotterdam, The Hague and Eindhoven said they recommended masks be worn in all public buildings, including supermarkets and museums.

Rutte also said he did not expect the use of masks to contribute greatly to reduce the spread of coronavirus, which topped 3,000 new cases for the second day in a row on Wednesday.

Officials would now work out the measure in detail, taking the various questions which are already arising into account. It should not, for example, apply to schools he said.

Nor, Rutte said, will the measure be compulsory because that would be going too far.

Meanwhile, Amsterdam mayor Femke Halsema has announced that 10 theatres and concert halls in the capital will be able to host more than 30 ticket holders, because they are of major international and national importance.

Theater Carré, the Concertgebouw concert hall, the Nationale Opera and Ballet, Paradiso, concert hall Muziekgebouw aan ‘t IJ, the Melkweg, the Kleine Komedie, the DeLaMar Theater, the Meervaart and the Internationaal Theater Amsterdam will all be able to have more than 30 people in the audience during the next three week period.