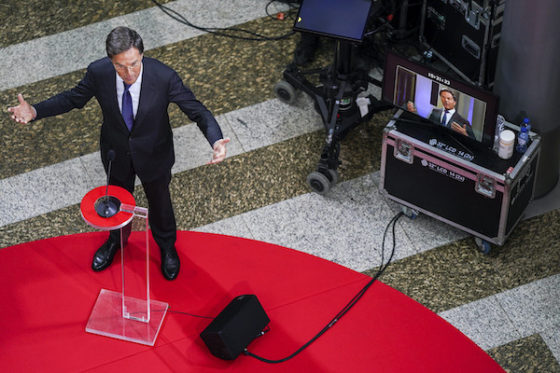 MPs will hold a two-day debate on the government’s 2021 spending plans on Wednesday and Thursday, with one eye on the March general election.

All parties, the Volkskrant says in its analysis, will be looking to score points and set out their positions ahead of the vote.

D66’s parliamentary party leader Rob Jetten said he welcomed the king’s attention for racism and discrimination, which he described as a ‘high point’ of the speech.

The king said the fact that skin colour or name too often have an impact on opportunities is a ‘substantial threat’ and ‘unacceptable.’ ‘The king saying this is an important signal,’ Jetten said.

Klaas Dijkhoff, VVD parliamentary party leader, said the speech offered an ‘optimistic look to the future’. The time is right to invest heavily in order to break the real crisis heading our way, Dijkhoff said.

However, SP leader Lilian Marijnissen and Labour leader Lodewijk Asscher both criticised the lack of focus on healthcare workers, who have been promised a second bonus next year, but not a formal pay rise.

GroenLinks leader Jesse Klaver said investment in the battle against climate change fell short. The focus on economic growth is ‘old politics’, Klaver said and the drive towards a sustainable society would also benefit the jobs market.

Thierry Baudet, leader for the far right Forum voor Democratie, said the cabinet is investing too much in sustainability and climate which are ‘exactly the wrong priorities’. ‘The big picture is that the Netherlandsis  putting itself up for sale cheaply’ because of immigration and climate plans and the money spent on the EU, Baudet said.

Meanwhile the government advisory body Council of State told the cabinet to be clearer about the consequences of this year’s budget for the next generations. Not enough attention has been paid to the financial consequences of a second coronavirus wave for the finances of the state, the council said.

‘At the moment nobody mentions how all this money has to be paid back’, Council of State member Frank de Grave said. The budget should undergo a stress test so preparations can be made, he said.

What the government's 2021 spending plans mean for your taxes