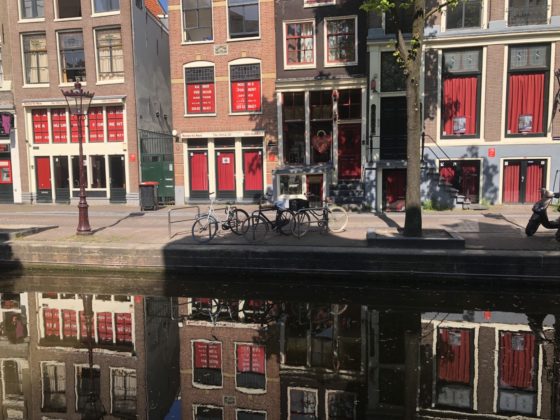 The Dutch government is to research how other countries regulate prostitution, but has no plans to criminalise sex work, as some campaign groups are calling for, junior justice minister Ankie Broekers-Knol told MPs on Thursday.

The minister made the statement during a debate on sex work which was called following a citizens’ initiative campaign group collected more than 40,000 signatures.

Christian youth group Exxpose wants the government to adopt a Swedish model for prostitution, in which the client, not the sex worker commits the offence.  Exxpose chairwoman Natasja Bos told MPs during the debate that she no longer wanted to be silenced about the ‘raw side of prostitution’.

‘It is time that we made sex buyers responsible for the consequences of paying for sex,’ she said. While prostitution is a choice for some, she said, a large group is being exploited.

The Exxpose position was supported by the three Christian parties and CDA MP Anne Kuik gave an interview to the AD newspaper on Thursday, in which she said paid sex work should no longer be tolerated.

‘Ask anyone if they would want their daughter to be a sex worker and they’ll say no,’ she told the paper. ‘But we’re allowing young women from Europe’s poorer countries do the job without compunction. That is hypocritical.’

However, Broekers-Knol said she is concerned that criminalising sex work would drive the industry underground.

The Council of State is currently looking at draft legislation which would ensure both brothels and sex workers have a licence. Punters who use the services of an unlicenced sex worker would then be breaking the law.

A spokeswoman for the Prostitution Information Centre in Amsterdam told DutchNews.nl there is nothing wrong with sex work, which should be seen as a job.

‘The call for criminalisation is dangerous, discriminatory and very stigmatising,’ she said. ‘We oppose this call and urge the politicians to never ever make policy without the voice of the community they are making policy about.’

Sex work, the spokeswoman said, will always exist, no matter what legal framework there is. ‘Policymakers decide whether the work is done in a dangerous and illegal way or a safe environment where rights are guaranteed and empowerment of the community is a fact.’

The VVD, D66, SP and GroenLinks all believe prostitution should be a legal sector based on free choice.