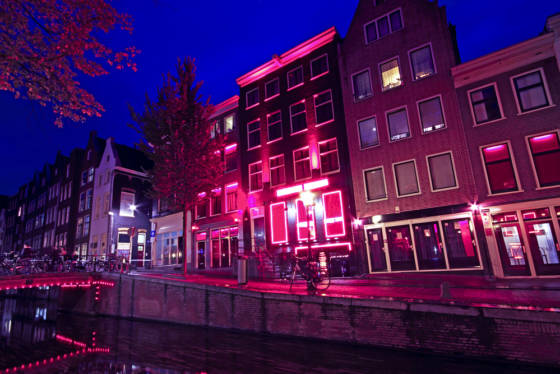 ‘Prostitution turns women into a product to be bought and that is something that can no longer be tolerated in this day and age,’ CDA MP Anne Kuik, who is tabling a motion on Thursday asking the cabinet for a ban, told the Parool.

MPs will also discuss a citizen initiative by Christian youth movement Exxpose which has gathered over 50,000 signatures in support of measures to curb prostitution.

Kuik pointed to the fact that 95% of women who work in the capital’s red light district are from poor Eastern European countries. ‘Ask anyone if they would want their daughter to be a sex worker and they’ll say no. But we’re allowing young women from Europe’s poorer countries do the job without compunction. That is hypocritical.’

Kuik said the Christian ethic of sex within marriage is not the main argument for wanting to ban prostitution. ‘I care about the emancipation and protection of mostly women who are treated unequally.’

Kuik is proposing the Netherlands follow in the footsteps of Sweden which criminalised paid sex in 1999. The Swedish government claims that by prosecuting punters but not prostitutes street prostitution has been halved within a decade.

It would be impossible to eradicate prostitution completely, Kuik said, but the government should do its utmost to prevent it from happening. ‘Too much is happening illegally already,’ she said.

The chances of the cabinet introducing a ban are extremely unlikely because coalition partners D66 and VVD are against the measure, saying it would drive prostitution underground.

Nevertheless, the MP said she hoped ‘a younger generation’ of politicians would be more willing to end prostitution.

A spokeswoman for the Prostitution Information Centre in Amsterdam told DutchNews.nl: ‘The call for criminalisation is dangerous, discriminatory and very stigmatising. We oppose this call and urge the politicians to never ever make policy without the voice of the community they are making policy about.’

Sex work, the spokeswoman said, will always exist, no matter what legal framework there is. ‘Policymakers decide whether the work is done in a dangerous and illegal way or a safe environment where rights are guaranteed and empowerment of the community is a fact.’