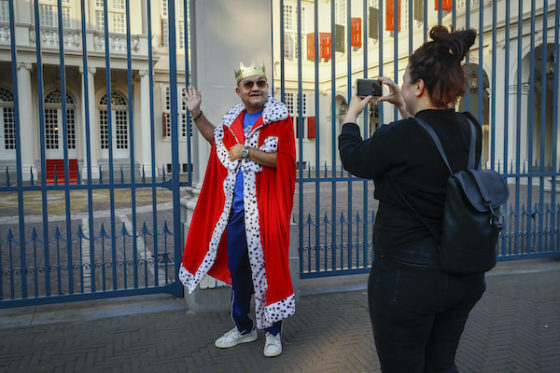 The Dutch government will present its 2021 spending plans on Tuesday afternoon, but without the traditional pomp and ceremony which normally accompanies the event.

The king and queen will not drive to the parliamentary complex in a coach, and there will be no waving to the crowds from the palace balcony. But despite calls to stay away because of coronvirus, some royalty fans still gathered in front of the Noordeinde palace on Tuesday morning, hoping to get a glimpse of the king.

The main highlight – the king’s speech – has been moved from the Ridderzaal ceremonial hall to the Grote Kerk, to allow for better social distancing and there will be far fewer guests than on a normal Prinsjesdag.

As happens every year, many of the provisions of the budget have already been leaked. Here is what we know so far:

The spending plans will be presented to MPs later in the afternoon by finance minister Wopke Hoekstra, who will outline the financial constraints facing the government because of coronavirus, while announcing an increase in basic ministry budgets.

Unlike the financial crisis of 2008, when cuts were essential, this year the government wants to keep money moving, to speed up the recovery and strengthen the economy in the long term.

Hoekstra and economic affairs minister Erik Wiebes last week outlined plans for a €20bn investment fund which, the NRC said in its analysis, will help boost central government spending by some 11% this year.

The 2021 budget must also be seen against the backdrop of the March 2021 general election. On Wednesday and Thursday MPs will debate the spending plans and, the Volkskrant says in its analysis, all will be looking to score points and set out their positions ahead of the vote.

This will be difficult in particular for the Christian Democrats (CDA) and Liberal Democrats (D66), whose leaders are both part of the current coalition and will have to defend government policy.

The king’s speech will be broadcast live on radio and television.