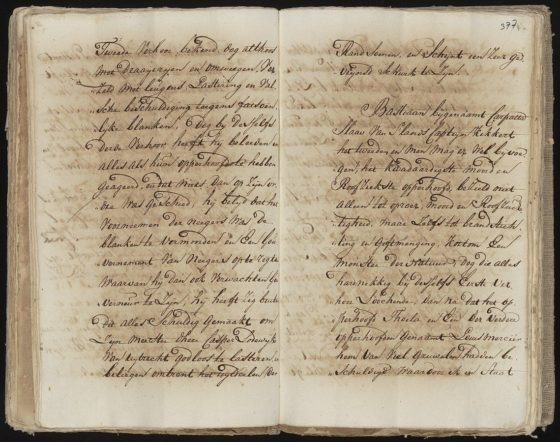 A transcript of the hearings. Photo: National Archive

The national archive is putting the names of 21,000 people who lived as slaves in the former Dutch colony of Curaçao online, enabling their descendants to find out about their ancestors.

The online resource will be put live at 10am Curaçao time (4pm on Monday in the Netherlands) on Tula Day, which celebrates a major uprising in the island led by resistance fighter Tula in 1795.

Tula and his fellow rebels demanded freedom, inspired by the ideals of the French Revolution and the successful slave uprising in Saint-Domingue (now Haiti; at the time, a French colony). The revolt was suppressed by the Dutch colonial authorities and Tula and his fellow fighters were tortured and executed.

The register covers the period between 1839 and 1863 when Curaçao became the slave trade hub in the Caribbean. A register of names dating from 1863 when emancipated slaves were compelled to take a last name, will also be made accessible online.

‘Slaves were not allowed to have a last name,’ Coen van Galen, who worked with the Curaçao national archive to carry out the project, told broadcaster NOS.

The online register is an important resource for many of the relatives because it means they do not have to travel to the island to find out about their ancestors. ‘To search the archives in the island is complicated. Many names occur more than once because slaves were sold and entered into the register again,’ Van Galen said.

The register makes it much easier, although people will still need help, Christel Monsanto, who helps people find their origins, told the broadcaster. ‘But it opens so many doors, I’m really excited about it!’ she said.

Van Galen was also involved in the digitisation in 2018 of the Suriname slave registers.  ‘Simply the fact that people can delve into their family history means so much for them. It is a joy to be involved in that.’

Van Galen and his fellow-historians are currently studying the whole population of both Surinam and Curaçao between 1830 and 1850. ‘We want to find out how slavery affected the generations that came after,’ he said.