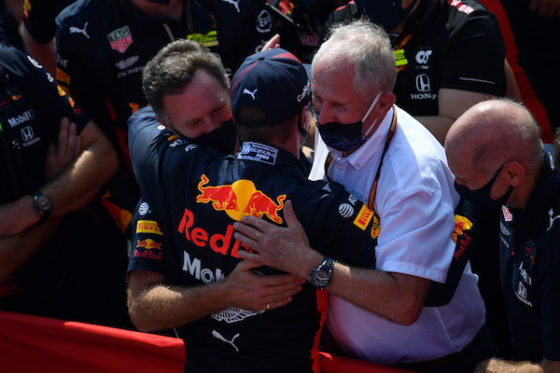 Sunday’s surprise win the British Grand Prix was ‘unexpected’ and the result of ‘a good strategy’, Dutch driver Max Verstappen told reporters after the race.

‘I did not see this coming,’ Verstappen said. ‘We had a good strategy and everything went smoothly for us today.’

The Red Bull win was helped by the decision to use the hard tyres for the start of the race – allowing Verstappen to delay his first pit stop.

Verstappen’s surprise victory on the 70th anniversary of the Silverstone Grand Prix brought Mercedes’ domination so far this season to an end and gathered plaudits such as ‘superb’ and ‘sensational’ from the British press.


It also moved Verstappen ahead of Mercedes’ Valtteri Bottas to take second place in the standings behind Lewis Hamilton. The win was the Dutchman’s first victory since Brazil last season.

‘Next week we will have to see what happens in Barcelona,’ Verstappen said. ‘But for now, we are going to enjoy this victory’.