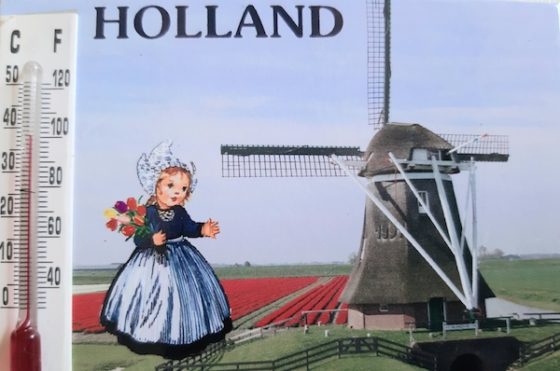 The Netherlands is officially in the grip of a heatwave after the temperature topped 25 Celsius at the De Bilt weather station near Utrecht at around 10am.

To be classed as a nationwide heatwave, the De Bilt weather station must record a five-day period of temperatures over 25 Celsius, of which three are over 30 Celsius. The south of the country already experienced a regional heatwave in June.

The KNMI weather bureau, which has issued a code orange weather warning for the four southern provinces, says it expects the high temperatures to continue until Thursday at least, when more rain is also likely.

Buienrader meteorologist Thomas Vermeulen told RTL Nieuws that if temperatures remain high for so long, the heatwave will have lasted eight days, making it the longest ever experienced in the Netherlands.

The hot weather has sent people flocking to the seaside and lakes to cool off, resulting in long jams and road closures – as well as calls on people to stay home.

According to motoring organization ANWB, car parks at the popular resort of Zandvoort were almost full by 10.30am on Sunday, and officials in the Rotterdam-Rijnmond region urged people not to try to get to the beach, in order to avoid a repeat of Saturday’s problems.

On Saturday evening, police closed the popular beach at Bloemendaal after consultation with the local council because it was too busy and too many people were ignoring social distancing regulations.

Police also broke up an informal party of around 200 youngsters at the Twiske nature reserve north of Amsterdam. Earlier in the day, several city beaches were closed  because of overcrowding.

Meanwhile, the Vitens water company has warned customers that they could experience a drop in pressure because demand is so strong at the moment. The company has urged people to stop watering their gardens and washing cars, and says washing machines should be switched on at night.

Vitens supplies drinking water to 5.8 million households in five provinces, and says demand is up between 30% and 50% since Thursday, when the temperatures first soared.