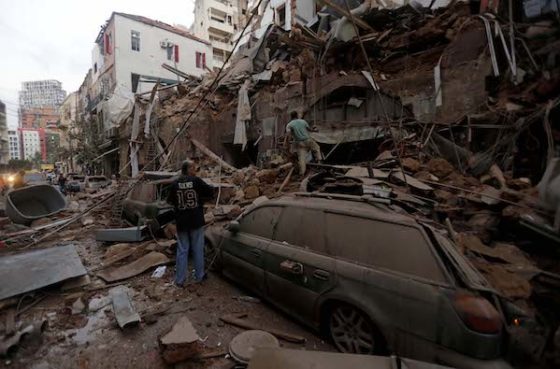 The Netherlands has joined a string of countries pledging help to Lebanon in the wake of Tuesday evening’s explosion in Beirut which left at least 100 people dead and 4,000 injured.

Trade minister Sigrid Kaag, who worked for the UN in Lebanon prior to joining the government, said on Twitter that Beirut is ‘a dear city to me’ and that her thoughts are with colleagues and family in the city.

In particular, the Netherlands will provide assistance in the search and rescue operation, and that the Lebanese Red Cross can count on immediate Dutch support as well, the minister said.

Foreign minister Stef Blok said he was shocked by the explosion while prime minister Mark Rutte spoke of ‘a terrible disaster’.

All Beirut was shaken by the blast, which began with a fire at the port which then exploded. President Michel Aoun said later that 2,750 tonnes of ammonium nitrate had been stored in a warehouse at the port for six years.

Several Dutch embassy workers in the city were injured in explosion.