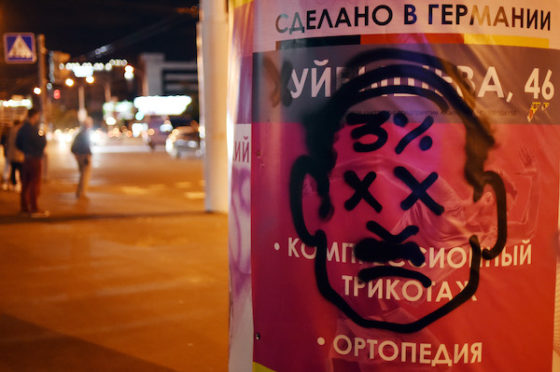 The Dutch government has said it is concerned about this week’s elections in Belarus and about mounting police violence during demonstrations, but has so far stopped short of refusing to recognise the result.

Foreign affairs minister Stef Blok said in briefing to MPs that based on the available information, the cabinet ‘believes that there were no free and fair elections.’

The government, Blok said, is closely following developments, together with the governments of EU member states and other international partners. ‘In the government’s view, a step-by-step approach is in order, which offers scope for gradually increasing the pressure on the Belarusian authorities if necessary,’ he said.

The EU’s foreign affairs chief Josep Borrell has made a similar statement.

Dutch MPs, however, have called on the government to show more guts, with D66 MP Sjoerd Sjoerdsma stating that ‘platitudes are not appropriate.’

Christian Democrat MP Pieter Omtzigt has called on the EU to put out a ‘strong reaction’.

Meanwhile, NRC journalist Emilie van Outeren, who was hit in the thigh by a projectile while covering an anti-government demonstration, has returned to the Netherlands for treatment.

Van Outeren has been the paper’s correspondent in eastern Europe for the past 18 months.