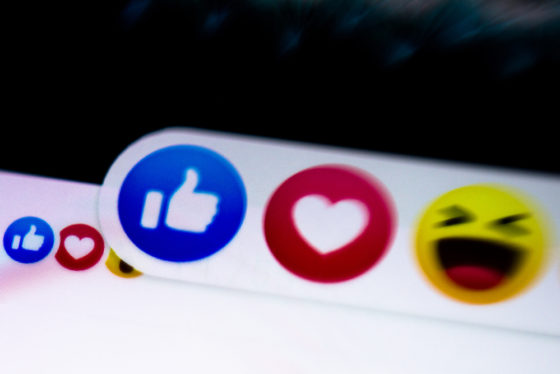 Facebook’s decision to ban content that includes ‘implicit hate speech’ like blackface or anti-Semitic stereotypes, has been welcomed by groups campaigning against Zwarte Piet in the Netherlands but criticised by others who claim the move goes against freedom of speech.

However, the platform’s moderators will not take action against the images directly, and will only intervene if alerted to images which break the guidelines, the company said.

The platform has been under mounting pressure from black rights groups get tough on hate speech, and thousands of companies have joined an advertiser boycott launched last month.

Jerry Afriyie, one of the founders of the Kick Out Zwarte Piet campaign, told broadcaster NOS that he welcomed the website’s decision to intervene. ‘But it is odd to see that a company is leading the way, when some local governments are still financing parades with Zwarte Piets,’ he said.

Many Dutch towns cities have now banned the controversial stereotype from their November Sinterklaas parades but others, particularly more rural communities, have not.

‘We are hopeful that this international recognition will help the rest of the Netherlands realise that we are ready for a party that is fun for all children,‘ Afriyie said on Facebook itself.

He also said Dutch campaigners are to meet people from Facebook later in the year to discuss how the new guidelines can contribute to safer online activism.

Israel information centre Cidi said it will continue to monitor the platform to get clarity about how far-reaching the measures will be.

‘It is a good first step,’ the organisation said in a reaction. ‘But Facebook does have a very limited definition of what anti-semitism is… it remains to be seen how Facebook will apply its definition of ‘Jewish world domination.’

Some 80% of Jews have been confronted with anti-semitic images on Facebook, Cidi said.