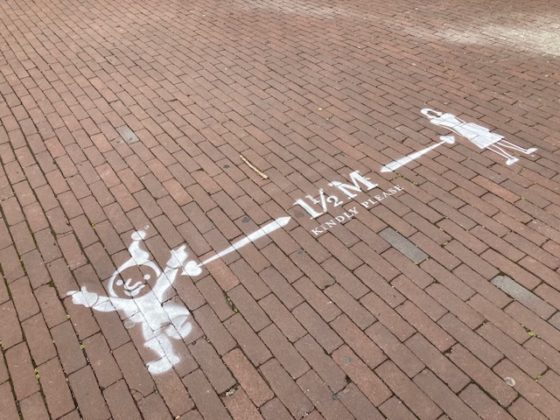 Scientists and academics who disagree with the government’s strategy for tackling coronavirus are become more vocal in their criticism, with new initiatives springing up to present alternative points of view.

The Financieele Dagblad on Tuesday reports on the Red Team project, set up by a group of academics in an effort to speed up the official approach and to present alternative ideas.

The aim of the Red Team group is not to undermine official sources of information, but to ask questions and offer reflection, founder and microbiologist Amrish Baidjoe told the paper.

Several Red Team members are also part of the government group of experts set up to review strategy and make recommendations which is due to report back in September. ‘But there was a feeling of urgency, given the rise in the number of cases, hence our decision to go public,’ Baidjoe said.

Another of the Red Team initiators, mathematician Bert Slagter said on Twitter that it is extremely difficult to tackle a new virus. ‘Knowledge is incomplete and oversight is limited,’ he said. ‘Blind spots and tunnel vision are a known risk.’

In particular the group wants to know what the current aim of government policy is. ‘Is it to manage IC capacity… or is it to limit the number of infections?’ Baidjoe said.

Broadcaster NOS, meanwhile, reports on Tuesday’s ‘lessons learned’ sessions, at which some 80 experts are taking part in round table discussions. Participants include opinion pollster and social geographer Maurice de Hond, as well as communication specialists, leading scientists and academics from a broad range of disciplines.

Most of the participants have submitted papers to the government ahead of the meeting, outlining their recommendations, which NOS has summarised.

Ministers hope to use the groups’ ideas to develop strategy to prevent a second wave of coronavirus infections in the autumn and determine which parts of the current approach should be ditched and which continued, NOS said.

Meanwhile, the Dutch counter terrorism unit NCTV has told the AD that is is monitoring the rise of conspiracy theories which centre on coronavirus as well as threats made against politicians.

The issue will definitely feature in the next report on the terrorist threat in the Netherlands, the spokesman said.

Last week, for example, rapper turned tv celeb Lange Frans and crop circle specialist Janet Ossebaard both speculated in a podcast about shooting prime minister Mark Rutte because of the government’s approach to tackling the virus.

In May, research by Ipsos for television programme Nieuwsuur found 5% of people surveyed thought Bill Gates was behind the pandemic, 4% thought 5G was responsible and 15% believe it is a man-made biological weapon.

In addition, Willem Engel, a microbiologist and dance teacher who founded anti-government policy campaign group Viruswaarheid, has said wearing a face mask ‘is not far off’ the yellow star worn by Jews during the Nazi occupation.