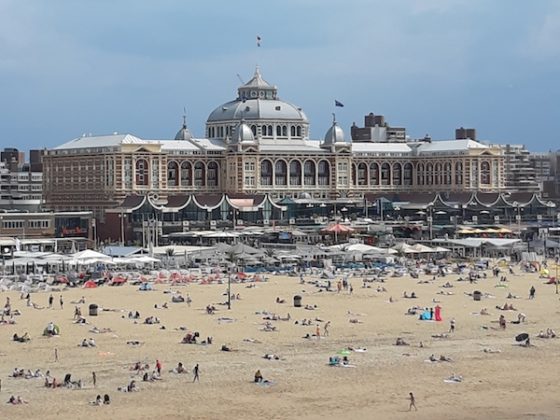 Millions of people are holidaying at home this year. Photo: Odi Busman

Long traffic jams built up on roads to the Dutch beach on Friday morning, as thousands of people headed for the sea to escape the tropical heat.

Trains to the seaside resort of Zandvoort are also bursting with beach-goers, and NS said it has put on extra services in an effort to cope.

There was heavy congestion on the roads to Zandvoort, Bloemendaal, Hoek van Holland and Scheveningen, among others, and bus services are no longer stopping at Scheveningen’s beach because of the overcrowding.

Local officials in Noord Holland are now considering whether or not to close roads because of the traffic chaos.

Noordwijk has urged people to stop trying to reach it by car because car parks are full, while extra boats are running between the mainland and the Wadden Sea islands, broadcaster NOS said.

There was a 20 kilometre jam on the main road to Zeeland due to day tripper traffic and holidaymakers heading abroad, according to Omroep Zeeland.

Friday’s maximum temperature is set to hit 36 Celsius in places, breaking the record for July 31 by some two degrees.

It will remain very warm well into the evening, with the temperature dropping to no lower than 17-20 Celsius overnight.