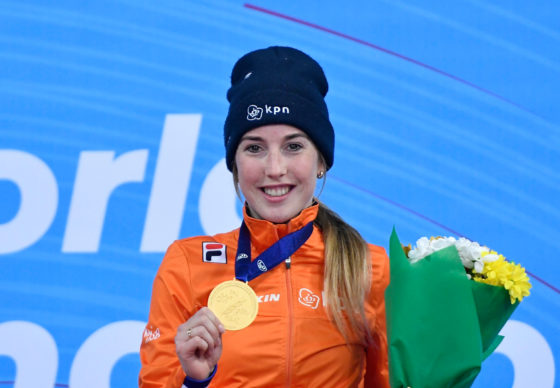 The 27-year old 500 metre world champion was taken ill while training for the national selection in the French Pyrenees on June 25 and was admitted to a hospital in Perpignan.

On the 29th it became clear her immune system had been seriously compromised and Van Ruijen suffered internal bleeding, including on the brain. After being operated on twice she was kept in an artificial coma from that time.

The KNSB described Van Ruijven on its website as a young woman with ‘enormous will power and iron discipline, liked on and off the skating rink for her positivity and lovely personality’.

Skating coach Jeroen Otter said the loss of Van Ruijven was an enormous blow to the tightknit team. ‘We have been missing her for for two weeks. Today’s news is so final and surreal. It’s terrible,’ he told broadcaster NOS.

A number of Van Ruijven’s team mates had stayed on at the training camp and were able to say goodbye to her. The plan was for them to finish training this weekend and then have a short holiday. It is not known when skaters and staff will return to the Netherlands.