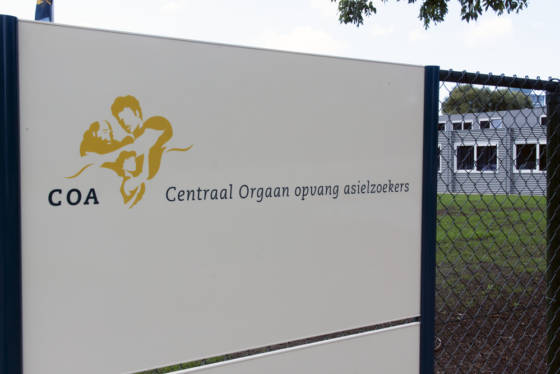 Police and the organisation responsible for housing asylum seekers have been accused of breaching refugees’ privacy by sharing personal information about refugees without their consent.

COA, which co-ordinates the Netherlands’ asylum compounds, passed on details of residents who were involved in incidents on site, including their date of birth, ethnicity and religion.

The information was shared in a liaison system set up with police to help detect offences such as visa fraud, human trafficking and terrorism. But legal experts said the system went beyond the boundaries of the law, which only allows the COA to disclose asylum seekers’ personal details if they are suspected of committing a criminal offence.

Conny Rijken, professor in human trafficking and globalisation at Tilburg University, said police had ‘cast their net too widely.’ Together with Bart Custers, professor of law and data science at Leiden, she told NRC the system stigmatised asylum seekers and risked encouraging ‘tunnel vision’ by police.

The privacy watchdog Autoriteit Persoonsgegevens said it was making enquiries about how the COA and police were safeguarding asylum seekers’ privacy. ‘People must be able to rely on the government to deal with their sensitive information carefully,’ the organisation told NRC in a statement.

Police said an additional agreement was being drafted to ‘define the exchange of information better’. The new document is expected to include guidelines for informing asylum seekers about how their details are being shared and establish the conditions under which information may be shared.