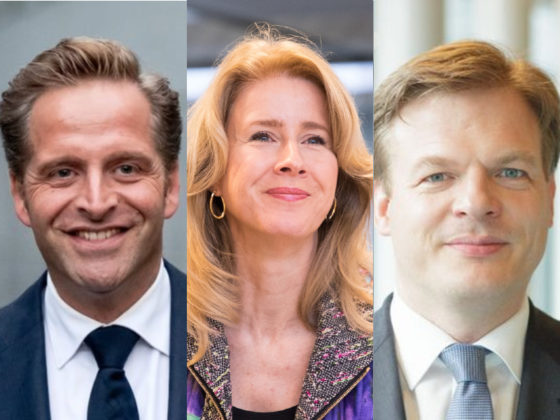 De Jonge said the ‘current numbers overstrain the elasticity of our society’ and the Netherlands should adopt a more controlled system, such as in Canada. ‘Debate the numbers every year. How many do we want, what can we cope with?’

The minister raised the issue during a debate between the three contenders for the CDA’s leadership at the Jaarbeurs conference venue in Utrecht. Party members have until Thursday to vote for their preferred candidate.

Opinion polls make De Jonge the front runner, with his closest challenge coming from backbench MP Pieter Omtzigt. The third candidate, junior economics minister Mona Keijzer, is polling at around 15% support. If no candidate wins a majority a second round of voting will take place from Thursday to Monday.

The debate was structured to be conflict-free, with each of the contenders choosing a specialist subject. De Jonge and Keijzer chose health and economics respectively, while Omtzigt talked about ‘security and justice’, emphasising his role in exposing the benefits fraud scandal at the Dutch tax office.

The backbencher said the Belastingdienst’s treatment of families who had to pay back support for childcare was ‘the greatest discrimination scandal the Netherlands has known to date.’ Many families were investigated on the basis that they had dual nationality and added to lists of suspected fraudsters that were circulated between government agencies without their knowledge.

Keijzer she said the unchecked growth of the market had affected the employment prospects of young people. ‘Flexible working has got completely out of hand,’ she said. ‘They’re finding it harder to get a traineeship or a job and have to wait years for a house.’